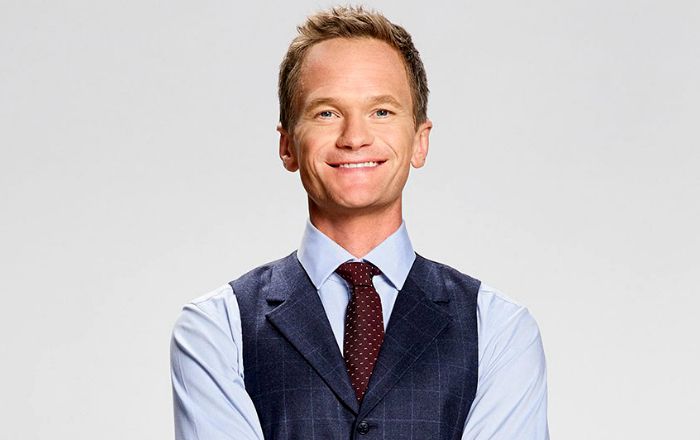 Neil Patrick Harris is an American actor, singer, magician, and comedian who gained fame for playing the title character on Doogie Howser, M.D., Barney Stinson on How I Met Your Mother and Count Olaf on A Series of Unfortunate Events. His film credits include Sing-Along Blog, Harold & Kumar film series, Starship Troopers and Beastly.

He has hosted many renowned award events including Tony Awards, Primetime Emmy Awards, and Academy Awards. He won the 2014 Tony Award for Best Leading Actor in a Musical for his portrayal of the title role in Hedwig and the Angry Inch on Broadway.

Neil Patrick Harris is the son of Ronald Gene Harris and Sheila Gail (née Scott), both are lawyers and also owns a restaurant. She has one older brother named Brian Harris.

Harris graduated from La Cueva High School with high honors for his heavy involvement in the theater department in 1991.

Neil Patrick Harris confirmed that he is gay in 2006. He started dating American actor and chef David Burtka in 2006. The couple got engaged in 2011 following the passage of the Marriage Equality Act in New York in 2011 and married in September 2014 in Italy. They have two children, twins, son, Gideon Scott, and daughter, Harper Grace, were born in October 2010 via a surrogate mother.

Neil Patrick Harris made his acting debut in the 1988 drama film, Clara’s Heart, based on Joseph Olshan’s novel of the same name for his role as David Hart.

In 1988, he was cast in a television film titled Too Good To Be True as Danny Harland.

Harris is best known for his work in both musical and dramatic roles. His first credit role was as Tobias Ragg in the 2001 concert performances of Sweeney Todd.

Harris released his debut single “Nothing Suits Me Like a Suit” in 2010, which charted in Australia, Canada and the United Kingdom.

Best known for his roles in Doogie Howser, M.D., How I Met Your Mother, A Series of Unfortunate Events, Sing-Along Blog, Harold & Kumar film series, Starship Troopers and Beastly.

As of 2023, Neil Patrick has a net worth of $50 million dollars. He lives with his family in his Studio city house, valued at $1.2 million. He owns a Toyota Pirus among other cars.

Neil was discovered by screenwriter Mark Medoff while attending a youth drama camp, who later cast him in the 1988 film Clara’s Heart.

In 2010, Harris voiced the character of adult Dick Grayson (Nightwing) in the animated film Batman: Under the Red Hood and the beagle Lou in the film Cats & Dogs: The Revenge of Kitty Galore.

He has appeared in a number of stage productions and musicals like Hedwig and the Angry Inch, Nothing to Hide, Amadeus, and Cabaret.

Harris was named as one of Time magazine’s 100 most influential people in 2010.

He was awarded a star on the Hollywood Walk of Fame in September 2011.

Harris is an amateur magician and has performed magic tricks on a number of television shows, especially Late Night Shows.He had served as the President of the Board of Directors of Hollywood’s Magic Castle.