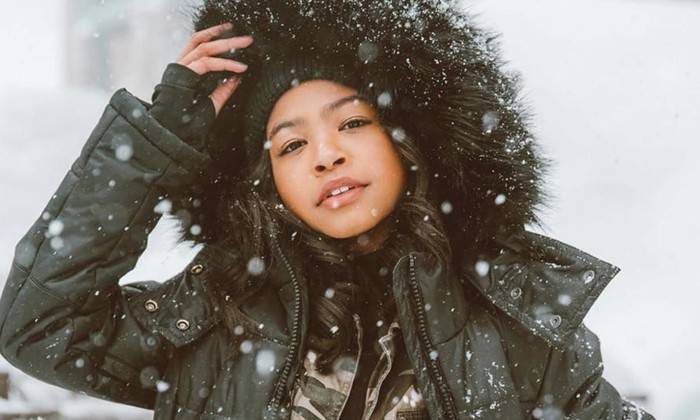 Navia Robinson is an American actor and singer who came to the limelight for playing Nia Baxter-Carter on Disney’s Raven’s Home. She has been on the show since 2017. From there, the teen prodigy went on to star in popular TV shows like Free Rein, Being Mary Jane, and The Vampire Diaries.

Not only has she been making a name for herself in the acting world, but she’s also an aspiring singer, having contributed to the soundtrack of Raven’s Home, among many others.

Navia Robinson is the only girl child of Jeffrey Robinson and Lisa Butler-Robinson. She has two brothers named Gianni and Maximus.

She attended the Johnson Ferry Christian Academy in Marietta. Besides that, she has also been to various acting workshops and acting schools in Atlanta, Georgia, and Los Angeles. All of these have helped her perfect her acting skills.

Given the fact that Navia is barely 16-years-old, the chances of her having a boyfriend are slim at best. Moreover, she likes to keep her personal life to herself, leaving us with no clues about her romantic affair. In case If she has a boyfriend, her parents are doing an exceptional job of protecting her private life from the public eye.

Navia Robinson has been earning hefty cash ever since she was named the Overall Top Child Model at the Actors, Models & Talent for Christ in 2011. Three years later, she landed her first acting job in the TV show Being Mary Jane as D’Asia.

She continued her acting career, landed a part of Rosie in the TV series Free Rein. She appeared in 20 episodes of the series between 2017 and 2018, which also starred Freddy Carter, Jaylen Barron, and Manpreet Bambra.

Navia’s next big breaking came in 2017 when she booked for the role of Nia Baxter on Disney’s Raven’s Home. She has been on the show since 2017, playing Nia Baxter-Carter, one of the twin children of Raven Baxter, co-starring with Raven-Symoné, Issac Ryan Brown, and Navia Ziraili Robinson.

Though a huge chunk of Navia’s money comes from acting, she also puts her gorgeous looks to good use, modeling as well as appearing in commercials and print ads. Between all of those hit projects and lucrative modeling gigs, it is estimated that Navia Robinson is worth around $500 thousand dollars.

She was a honors student at Shallowford Falls Elementary School in Marietta, Georgia.

In 2017, she was included in Variety‘s “Young Hollywood Impact Report” list.

She cites actresses Viola Davis and Meryl Streep as her biggest inspiration.