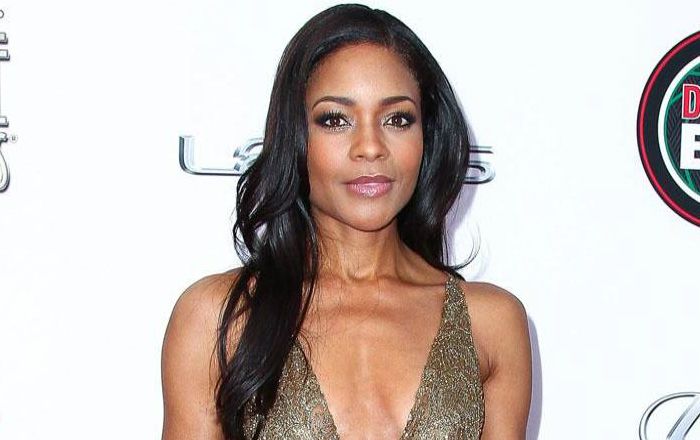 Naomie Harris is an English actress widely known for her roles as Eve Moneypenny in the James Bond films Skyfall and Spectre and as voodoo witch Tia Dalma in the second and third Pirates of the Caribbean films. She went on to gain international acclaim for her appearance in the hit film Moonlight, for which she earned an Academy Award nomination for Best Supporting Actress. Her other acting credits include her roles in 28 Days Later, Mandela: Long Walk to Freedom, Runaway Bay, and The Tomorrow People.

Naomie Harris was born on the 6th of September 1976 in London, England, United Kingdom. She is currently 45 years old.

Harris is the daughter of Lisselle Kayla, a Jamaican immigrant. Her fashion designer father was a Trinidad immigrant. Her parents divorced before she was born and so, she has no contact with her father.

She was raised by her single mother. She has two half-siblings from her mother’s remarriage. She has African-Jamaican and African-Trinidadian ancestry.

Naomie Harris was educated at St Marylebone School in Marylebone, London. She earned her degree in Social and Political Sciences from Pembroke College (of University of Cambridge) in 1998.

Talking about her romantic life, it is known that she has been in a relationship with actor Peter Legler since 2012. She also dated actors Orlando Bloom and Chiwetel Ejiofor in the past.

Naomie Harris got her first break in 2001 when she was cast as a receptionist in the film Crust.

Harris earned her first acting gig on television in 1987 when she was cast as Joyce in the BBC TV show ‘Simon and the Witch’.

She got a big breakthrough as an actress with the 2002 British post-apocalyptic horror film, ’28 Days Later,’ which was directed by Danny Boyle. she received rave reviews for her performance in the film.

She later landed a role of voodoo witch Tia Dalma in the 2006 fantasy swashbuckler film, Pirates of the Caribbean: Dead Man’s Chest, starring Johnny Depp as Captain Jack Sparrow. The film was commercially successful at the box office, which minted over $1 billion against the production budget of $225 million. She reprised her role in the 2007 Pirates of the Caribbean: At World’s End as well.

In 2016, Harris appeared in the critically acclaimed film Moonlight, playing the abusive, drug-addicted mother of Chiron (played by Ashton Sanders). She earned an Academy Award for Best Supporting Actress nomination for her work in the film.

She began her acting career at the age of 9.

Harris was appointed an Officer of the Order of the British Empire (OBE) in the 2017 New Year Honours for services to drama.

She is the first black actress to play Miss Moneypenny in the James Bond franchise.

She was offered the role of Angela Rivera in Southpaw (2015) after Nyong’o walked out of the film.

Harris played Elizabeth Lavenza in the stage production of Frankenstein (2011), based on Nick Dear’s novel of the same name.

She was featured in video games like Fable III and 007 Legends.

She stopped eating meat after watching the 2014 documentary film Cowspiracy: The Sustainability Secret.