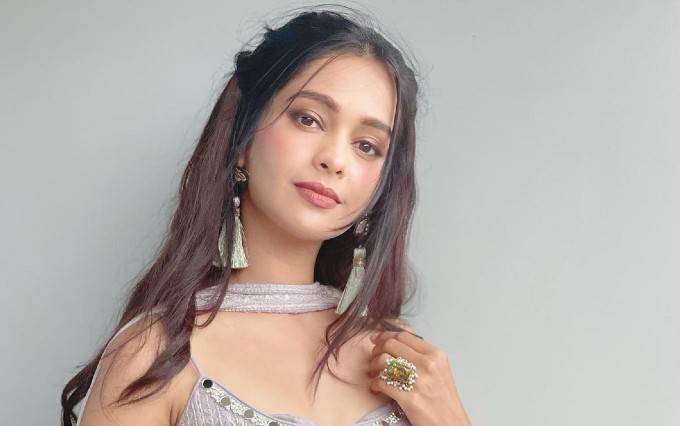 Mugdha Chaphekar is an Indian actress best known for her breakout role of Prachi Arora in Zee TV’s show Kumkum Bhagya. Beginning her career as a child artist, she received critical acclaim for her portrayal of Princess Sanyogita in the serial Dharti Ka Veer Yodha Prithviraj Chauhan. This role offered her a tremendous amount of success and exposure in the television industry that helped cement her reputation as a rising star. She continued to take on the lead roles in television soaps, starring in the drama Sajan Re Jhoot Mat Bolo, Satrangi Sasural, and Sahib Biwi Aur Boss. Mugdha won the Maharashtra Stat eFilm Award for her performance in the film The Silence in 2016. In 2019, she began playing the role of Prachi Arora on Kumkum Bhagya, which has so far won her three Zee Rishtey Awards and one Gold Award. She has amassed over 1.1 million followers on Instagram.

She is of Marathi descent.

Mugdha Chaphekar studied at D. G. Ruparel College of Arts, Science, and Commerce, in Mumbai and holds a Bachelor’s in English Literature in addition to a Master’s degree in History.

Mugdha married her boyfriend of two years, actor and model Ravish Desai on December 14, 2016, in Mumbai.

She began her acting career as a child artist when she was about 5 or 6 years old starring in the 1995 Bollywood film Aazmayish.

Mugdha scored her first major acting gig in 2006 when she took on the role of Princess Sanyogita, one of the 3 wives of Prithviraj Chauhan, in the Star Plus historical drama series Dharti Ka Veer Yodha Prithviraj Chauhan. She portrayed her role between 2006 and 2008, which earned her nomination for an Indian Television Academy Award for Best Actress (Popular) as well as a Producers Guild Film Award for Best Actress in a Drama Series.

From 2009 to 2011, she played Aarti Jhaveri Shah in the Hindi sitcom Sajan Re Jhoot Mat Bolo.

Over the course of her acting career, she has appeared in a ton of television commercials for brands like Rexona, Coco-Cola, and Clinic Plus.

Besides her acting credits, Mugdha has appeared in sports reality shows like Box Cricket League 2.