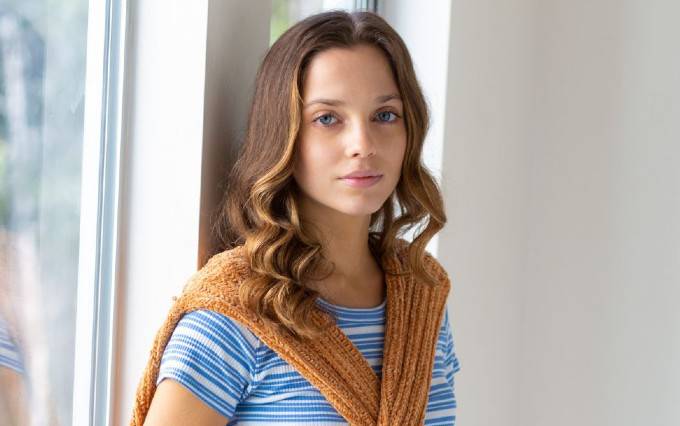 Monroe Cline is an American actress, dancer, and model who is probably best known for her starring roles in movies such as Am I a Serial Killer?, Killer in Suburbia, The Prom, After Masks, Teardrop, and Don’t Worry Darling. She began her career as a dancer and established herself a name in the industry. Her early claim to fame includes being a dancer for artists Eminem, Hailee Steinfield, and OneRepublic, among others, and appeared in campaigns for world-renowned brands like Gucci, Chanel, and SK-II. She has also starred in TV shows like American Crime, Into the Dark, American Horror Story, and The Holzer Files.

Monroe is the middle child of five girls and one boy of a retired actress/Miami Dolphins cheerleader mother and surgeon father. Her father’s name is Robert.

She’s trained in dance at the prestigious The Edge Performing Arts Center in Los Angeles, where she had the privilege to train under the direction of Bill Prudich and Randall Allaire. She trained in ballet/pointe with Jennifer Felkner and Igal Perry

Unfortunately, there isn’t too much information about Monroe’s personal life as of yet. She’s currently single. She keeps the romantic aspect of her life to herself while maintaining a low profile.

She was born and raised in Austin, Texas, and shifted to Los Angeles, California to pursue her career.

Monroe started taking ballet class at the age of 3 as well as took training in gymnastics. She competed in various dance competitions, representing her dance company, where she taught and choreographed for her dance studio.

After graduating from Edge PAC Scholarship Program, she signed with Bloc Talent Agency and eventually booked in commercials and music videos. She has also toured with renowned artists as a dancer for Eminem, Hailee Steinfield, OneRepublic, and more.

Monroe made her acting debut in 2016 when she landed a minor role in the TV show American Crime.

In 2020, she co-starred with Meryl Streep, James Corden, and Nicole Kidman in the Netflix hit show, Prom.

In 2022, she was seen in projects like Bound by Blackmail, Teardrop, and Don’t Worry Darling.

Her upcoming releases include Yucca Fest, The Ghost Under My Bed, and Where Are You Margaret May.