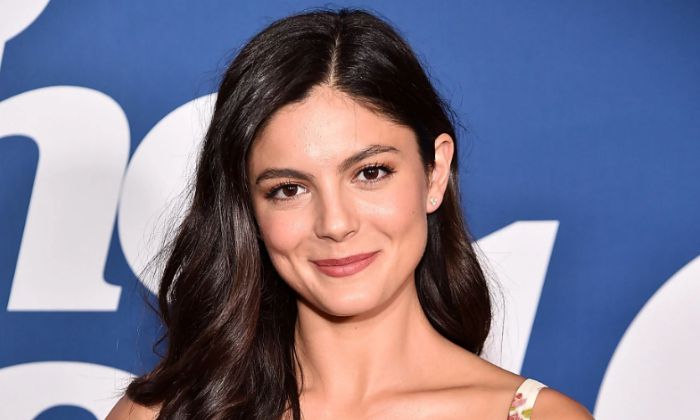 Monica Barbaro is an American actress probably best known for her starring roles in the Lifetime television series Unreal, where she played Yael, as well as in Netflix drama The Good Cop, in which she portrayed the character of as Cora Vasquez.

Apart from these major roles, she was also cast in various hit television series, including the likes of Chicago P.D., Chicago Justice, and Splitting Up Together. Monica’s most recent acting gigs include Liz Melero on ABC’s crime drama Stumptown and Phoenix in Joseph Kosinski’s action drama Top Gun: Maverick.

Monica Barbaro was born on the 17th of June 1990, in San Francisco, California, United States of America.

Monica is a college graduate, having attended Beverly Hills Playhouse, in California, and then studied acting at The New York University Tisch School of the Arts from where she graduated with a bachelor of fine arts degree in dance.

From an early age, Monica knew she wanted to be a ballerina, and to accomplish her dreams, she studied various styles of dance including ball, tap, jazz, and contemporary as well as salsa, West African dance, and flamenco. She changed her mind while in college where she was introduced to acting that eventually led her to pursue a career in acting.

Unlike many stars in showbiz who are very open about their relationship status, Monica Barbaro is a very private person and prefers to stay away from the limelight. Though she refrains herself form sharing such information, we have still managed to get information about her boyfriend. She’s in a relationship with a guy named Connor Tillman who often features in her Instagram posts.

Monica Barbaro launched her acting career in 2015 when landed the role of Brenda ‘Bentley’ Miller in an episode of the ABC crime drama TV series Stitchers. She then followed up with a minor role in the historical drama film “America is Still the Place”, in which she co-starred with Mike Colter and Emma Caulfield Ford.

Though she entered showbiz in her mid-twenties, Monica quickly earned a name in Hollywood, and as a result, various major roles followed suit. Her road to fame began when she appeared in the second season of the Lifetime television series Unreal as Yael. Her career picked up steam and subsequently cast as Anna Valdez in the TV series Chicago P.D., a role which she reprised in the TV series Chicago Justice in 2017.

Monica’s success continued in 2018 when she earned the honor of starring alongside Josh Groban and Tony Danza on Netflix’s The Good Cop, in which she played the role of homicide detective Cora Vasquez. She then played Lisa Apple, Martin’s new girlfriend, in the ABC sitcom Splitting Up Together.

Having successfully made the transition from dancing to acting, Monica Barbaro has proved how talented she is and how dedicated she is to her craft. She has achieved a tremendous amount of success at such a young age and her various professional endeavors have only contributed to her wealth.

Despite having started her career very late according to Hollywood standards, she has managed to earn a net worth of around $1 million. The future looks bright for Monica as she continues to do what she loves.

She turned her passion for acting into a career and is already incredibly successful in it. As she continues to take on various challenging roles, her popularity is certainly will be on the rise. She has nearly 50 thousand followers on her verified Instagram account.