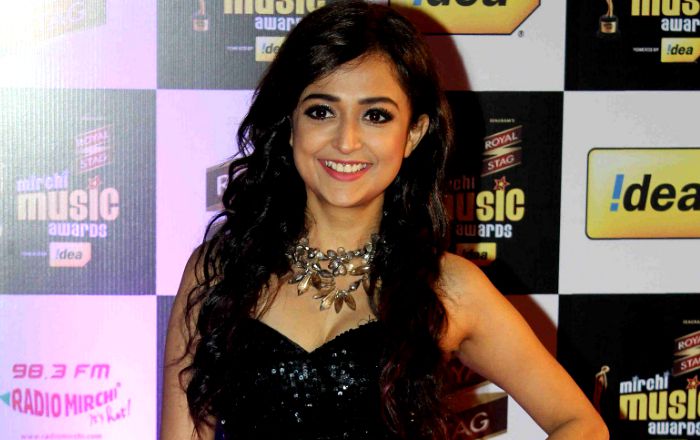 Who is Monali Thakur?

Monali Thakur comes from a musical family. Her father Shakti Thakur is a Bengali singer and actor and her sister Mehuli Thakur is also a playback singer. While details about her mother are unknown, she is also a singer.

She attended The Future Foundation School, Kolkata and graduated with a BA degree in English Honours from St. Xavier’s College, Kolkata.

Monali Thakur dated singer-actor Meiyang Chang who she first met on the sets of Indian Idol 2. They parted their ways after a few years of dating and they are still on good terms.

Monali Thakur landed her first role in the Bengali film Krishnakanter Will for her role as Bhromor. In 2014, she debuted in Bollywood with Nagesh Kukunoor’s Lakshmi, in which she played the role of Lakshmi. The film dealt with human trafficking and child prostitution and Monali portrayed as a 15-year-old girl who gets trapped in it.

As a child, she appeared in Bengali TV soap Aalokito ek Indu.

In 2005, she participated in the second season of the reality show Indian Idol and finished ninth. She also appeared as a judge in the Bengali music reality show, Bengali Sa Re Ga Ma Pa Li’l Champs.

She is currently an “expert” on Colors TV’s Rising Star.

Monali Thakur has appeared in a few TV commercials.

Unfortunately, we are not certain about her net worth at this time.

Hailing from a musical family, she got inclined toward music at her young age.

She also got trained in different dance forms like Hip-Hop, Bharatanatyam and Salsa dancer.

In 2014, Thakur won the Filmfare Award for Best Female Playback Singer for the song “Sawaar Loon” from the film Lootera.

In 2014, she did a cameo in the acclaimed Bollywood film PK, played as a Kashmiri Muslim girl.

In 2016, she received the National Film Award for Best Female Playback Singer for the song “Moh Moh Ke Dhaage” from the film Dum Laga Ke Haisha.