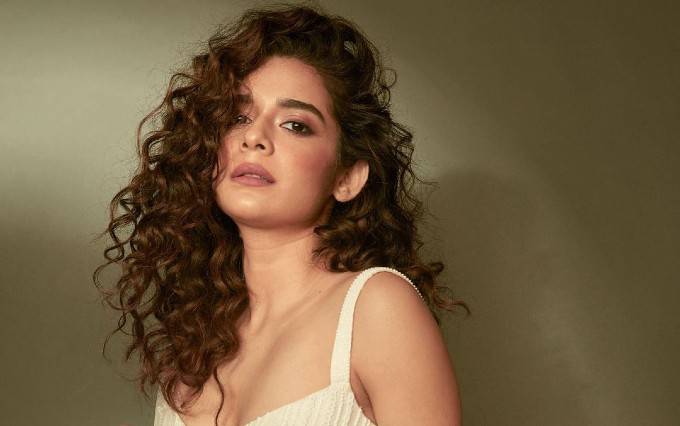 Mithila Palkar is an Indian actor, singer, and theatre artist. She came to fame through the youtube video ‘Confusing things a girl Say’. She is well known for her acting in the TV series Girl in the city and Netflix’s Little Things. Marathi’s version of Cup Song made her prominent and popular among the public, inspired by Anna Kendrick’s Cup Song from Pitch Perfect.

In 2004, she made her debut in the film industry by acting in the Marathi short film Majha Honeymoon. Her first straight film in Bollywood was Nikhil Advani’s Katti Batti. In 2018, she made her lead appearance for the first time in the film named Karwaan co-acted with Irfan Khan and Dulquar Salmaan. Palkar’s popular cast in several shows and movies include Pretty Fit, Girl in the city, A Babysitter Guide to monster Hunting, Masaba Masaba, Chopsticks, Mahja Honeymoon and Katti Batti.

She comes from a family of no Actors. she lived in Vasai and later moved to Mumbai to live in her maternal uncle’s house. Her sister holds a Doctorate in Neuro Science.

Mithila completed her schooling in IES’s Modern English School in Dadar, Mumbai, and then enrolled in Shrimati Motiram Kundnani College (M.M.K college ) to pursue commerce and economics. She earned her bachelor of Mass Media Degree in 2013.

Palkar first acted in Class VII in an inter-school drama competition. She has been well trained in Kathak and Hindustani Classical Music. She has also attended a short course of acting from the Stellar Adler Studio of Acting.

Mithila likes to keep her personal life as private as possible, so she’s never shared any information about her relationship status with the public.

Her hair is black in color and curly in nature.

In 2007, she won the 4th Jio Filmfare Best Debut Female award for her performance in the Marathi film Muramba.

In 2008, she won WBR Iconic Achiever’s Award for Most promising Actor of the Year.

She was awarded Best Actress in Comedy Series for her work in Little Things at the 2020 edition of Filmfare OTT Awards.

She was born and brought up in Mumbai and she spent her childhood days in Mumbai.

Despite her family having no connection with the entertainment industry, she developed an interest in acting very early on. She forayed into acting against the wishes of her grandparents.

In 2017, with a theatre group called Aarambh, she appeared in two plays, Tunni Ki Kahani ( a children’s musical) and Aai Rang Hai (a Hindustani Musical).

She acted in the 2019 Netflix Original Film Chopsticks directed by Sachin Yardi.