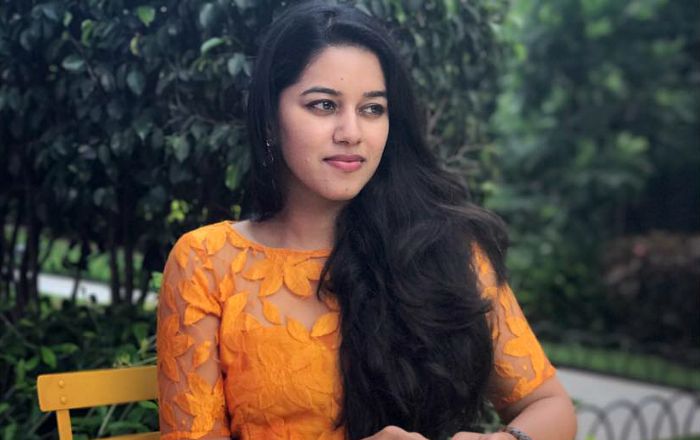 Mirnalini Ravi is an Indian actress, most famously known as Dubsmash girl who burst into the spotlight upon starring in the 2019 film Super Deluxe, starring Vijay Sethupathi and Samantha Akkineni. Her notable acting credits include Champion, MGR Magan, Jango, Cobra, and Enemy. She has over 1.1 million followers on Instagram and over 2 million followers on Facebook.

Unfortunately, not much is known about her family and childhood. Despite being a social media star with a massive fan following, Mirnalini prefers not to reveal anything about her personal life. The only thing that we know about her is that she is an engineering graduate and worked for a software company before she plunged into acting.

Now, this is the topic that most of you are probably looking forward to. Mirnalini Ravi has no visible relationship ties with anyone, at least, we know of, or she may be good at handling it better than her peers in the industry. In case she has a boyfriend, it appears that she has no plans to reveal the identity of her boyfriend to fans yet.

Mirnalini landed her first starring role in the 2017 Tamil thriller film, Nagal, directed by debutante Suresh S Kumar, a former associate of Suseenthiran and produced by Manikandan Sivadas under the banner Charismatic Creations.

However, Super Deluxe, a 2019 Tamil-language neo-noir black comedy film directed by Thiagarajan Kumararaja, was her first film to hit the screens. The film had Vijay Sethupathi and Samantha Akkineni in the lead roles.

She made her Telugu debut in Harish Shankar’s Gaddalakonda Ganesh, the Telugu version of the hit Tamil film Jigarthanda. Mirnalini might reprise Lakshmi Menon’s role, which also has actor Atharva Murali playing an important role.

Her upcoming releases include MGR Magan, Jango, Cobra, and Pogaru.

She became a social sensation lately for the TikTok (Dubsmash) videos she posted on her social accounts.

After graduation, she briefly worked as a software engineer in a leading IT company in Bangalore before landing the lead role in the Tamil film Nagal.

In 2016, she won the Best Female Dubsmasher award at the Smile Settai inaugural award ceremony.

In September 2017, Mirnalini was featured on the cover of Focus lifestyle magazine.

In 2020, she received South Indian International Movie Awards nominations for Best Female Debut –Tamil for her performance in the movie Champion and Best Supporting Actress -Telugu for Gaddalakonda Ganesh.