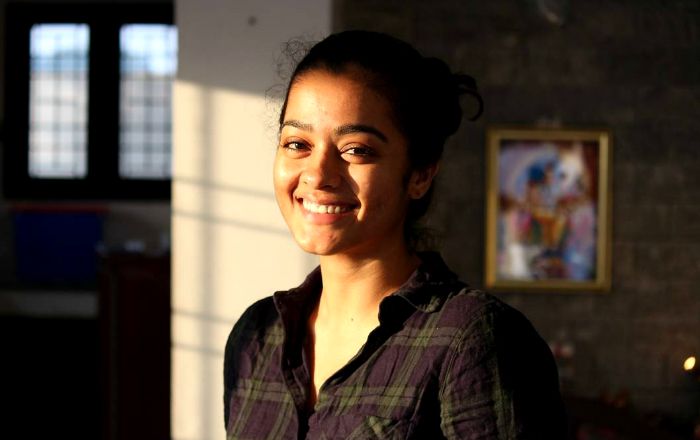 Gayathrie is an Indian actress best known for her portrayal of Dhanalakshmi in the cult comedy film Naduvula Konjam Pakkatha Kaanom. A role that helped to get her visibility among the Tamil audience and has since appeared in movies like Ponmaalai Pozhudhu, Rummy, Oru Nalla Naal Paathu Solren, Puriyatha Puthir, and Super Deluxe.

Gayathrie was born on the 2nd of May 1993, in Bangalore, Karnataka, India. She is currently 29 years old.

Unfortunately, not much is known about her parents other than that both of her parents are bankers. Her grandfather served in the Indian Army with her father also served in Indian Air Force before becoming a banker. She did her schooling in her hometown and earned a Bachelor’s degree in Psychology. She is a trained Hypnotherapist.

Concerning her love life, Gayathrie has not been involved in a relationship with any man as known to the media. She’s possibly single.

Gayathrie made her silver screen debut in the 2012 psychological thriller 18 Vayasu.

She was offered a lead role in the film “Yean Ippadi Mayakkinai” when she was still in 12th grade, however, the film didn’t see its theatrical release.

In addition to acting, she wanted to be a filmmaker and worked as an assistant director in Balaji Tharaneetharan’s Seethakathi.