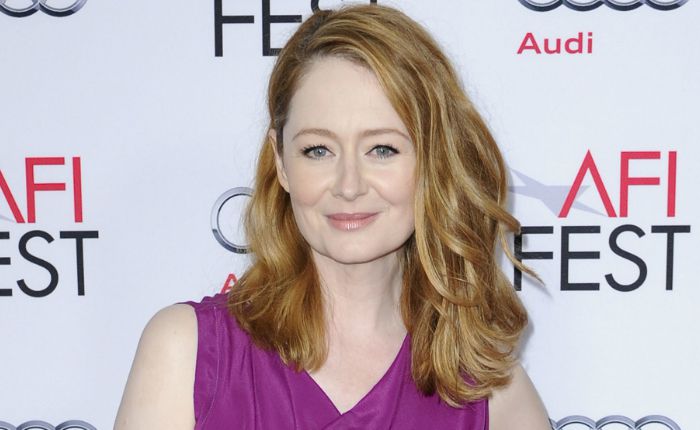 Miranda Otto is an Australian actor who is immensely popular for her roles in movies such as The Thin Red Line, What Lies Beneath, Annabelle: Creation, The Daughter and I, Frankenstein. She portrayed the character of Éowyn in the last two installments of Peter Jackson’s The Lord of the Rings film series. On television, she played Allison Carr in the spy TV series Homeland and Lindy Chamberlain in the two-part Australian TV series Through My Eyes: The Lindy Chamberlain Story. From 2018, She plays the role of Zelda Spellman in the Netflix series Chilling Adventures of Sabrina.

Miranda Otto was born on December 16, 1967, in Brisbane, Queensland, Australia.

She is currently 54 years old.

Otto attended Newcastle High School. She graduated from the prestigious drama school, National Institute of Dramatic Art (NIDA) in Sydney in 1990. Other alumni of the school are Mel Gibson, Judy Davis, and Cate Blanchett.

She has German roots.

Miranda Otto is the only daughter of the famous Australian actor’s Barry and Lindsay Otto. She has one half-sister named Gracie Otto, who is also an actress. Her half-brother’s name is Eddie Otto.

She made her Hollywood debut with a supporting role in the 1998 American epic war film “The Thin Red Line.” Directed by Terrence Malick, the movie is based on the 1962 novel of the same name by James Jones.

Otto’s first television role came in 1992 in the television film, “Heroes II: The Return,” in which she played the role of Roma Page. She then appeared in the Australian TV series “The Flying Doctors” for her role as Amy Brodie in 1988.

Otto’s performance in the last two installments of Peter Jackson’s The Lord of the Rings film series as Éowyn is considered her best in her acting career. She received many awards, including the Online Film Critics Society Award for Best Cast, Internet Movie Award for Best Supporting Actress, and Screen Actors Guild Award for Outstanding Performance by a Cast in a Motion Picture.

As far as television roles are concerned, Otto is widely recognized for her portrayal of Allison Carr in spy thriller TV series Homeland. A role that earned her a ‘Screen Actors Guild Award’ nomination under the category ‘Outstanding Performance by an Ensemble in a Drama Series.’

Otta was seen in a TVC for Damiani jewelry alongside actor Brad Pitt in the past.

As of 2023, Miranda Otto has an estimated net worth of $4 million. She splits her time between Australia and the United States.

She was named after the character ‘Miranda’ in William Shakespeare’s ‘The Tempest’.

Otto spent most of her childhood in Newcastle and Brisbane before moving to Hong Kong after her parent’s divorce in 1974. She briefly lived there.

Miranda entered the creative industry when she was 18 years old. She chose acting over medical.

She got interested in acting as her father himself was a prolific actor and devoted her time at the Nimrod Theatre, where she performed in several plays.

Otto learned sword fighting and horseback riding for her role as Eowyn in the second and third installments of the Lord of the Rings franchise.

Otto made her theatrical debut in the 1986 production of The Bitter Tears of Petra Von Kant for the Sydney Theatre Company.

She was pregnant with her daughter, Darcey, during the filming of 2005’s War of the Worlds starring Tom Cruise.