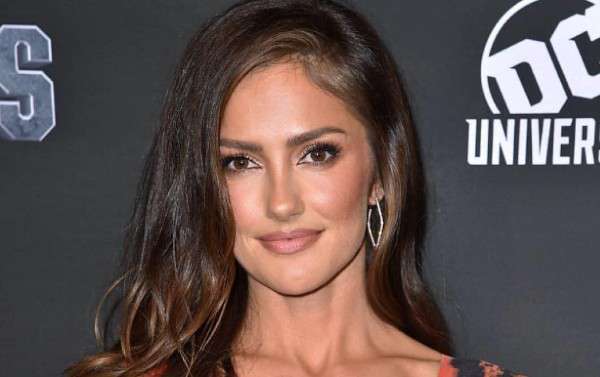 Minka Kelly is a well-known film and television actress from Los Angeles, California. She caught the spotlight after she landed the role of Lyla Garrity on the NBC drama series Friday Night Lights. She has also featured in Almost Human, where she played the character of Valerie Stahl as well as had a recurring role in the popular TV series Parenthood. In 2018, Kelly joined the cast of the Titans as Dawn Granger.

Aside from her professional life, the actress is also quite famous for her high-profile romances. She has been linked to several actors throughout her career, including the likes of Chris Evans and Jesse Williams. In May 2021, she broke up with television host, Trevor Noah, after they were turned out to be an item in August 2020.

Minka Kelly is a graduate of Valley High School in Albuquerque, New Mexico. She completed high school in 1998. Also, she took a cooking course at the New School of Cooking, California, and graduated from the school in June 2015.

Early on in her acting career, Minka Kelly dated Donald Faison for a few months between 2004 and 2005. She then dated singer John Mayer from September 2007 to January 2008.

Later that year in May, she was linked to New York Yankees star Derek Jeter. They got engaged in January 2010. The couple called it splits in August 2011 after being together for over four years.

She was also rumored to be dating actor Ramon Rodriguez in 2011 while she has been together with Derek Jetere, but the relationship was never confirmed.

In February 2012, post her split with the baseball player, it was reported that she found a new love. It was actor, producer, and singer Wilmer Valderrama. The relationship, however, fell apart a few years later, and they split in September 2016.

In May 2012, Kelly was rumored to have had a fling with actor Jake Gyllenhaal. She, then, moved on to actor Chris Evans. They dated briefly between 2012 and 2013.

Minka dated How I Met Your Mother star Josh Radnor for a short period from December 2016 to March 2017. In the Summer of 2017, she started dating actor Jesse Williams. It was one of the high-profile relationships she had in recent times. They parted ways in 2018.

In 2020, Minka Kelly and television host Trevor Noah sparkled romance rumors and they eventually confirmed their relationship in August that year. Later that year, they moved in together to a new house Trevor brought for her. The relationship, however, didn’t last long, and they called it quits in May 2021.

Starring in the DC Universe series Titans alongside Brenton Thwaites, Anna Diop and Teagan Croft. She plays Dawn Granger / Dove, a vigilante who serves as a tactical counterpart to her partner and boyfriend Hank.

Working in films such as The Roommate, Searching for Sonny, Night Hunter, She’s in Portland and Lansky.

As of 2022, Minka Kelly has a net worth of $5 million, which she earned through acting in films and television series.

She spent her childhood growing up in Albuquerque, New Mexico.

She lost her mother to colon cancer in 2008.

In 2004, she made her debut in acting as Monica in an episode of the TV series Cracking Up.

Esquire magazine named her the “Sexiest Woman Alive” in October 2011.

In 2018, Minka voiced the character North, the potential love interest of protagonist Markus, in the video game Detroit: Become Human.