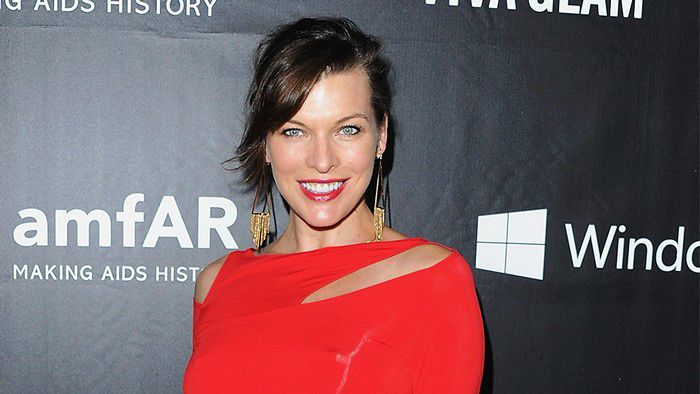 Milla Jovovich is a Ukrainian-born American actress best known for her portrayal of Alice / Alicia Marcus in the “Resident Evil” film series. She first gained attention after playing Leeloo de Sabat in Luc Besson French science-fiction film “The Fifth Element”. She has appeared in a number of science-fiction and action films. Alongside her successful acting career, Jovovich also earned fame as a singer, songwriter, and musician with the release of the ‘Divine Comedy’.

Milla Jovovich is the only daughter of two children to Galina (née Loginova), a Soviet Russian actress, and Bogdan Jovovich, a Serbian doctor. She has a brother named Marco Jovovich.

Her family moved to Sacramento, California, when she was five years old before settling in Los Angeles. There she attended public schools until 7th grade, and at age 12, she quit studies to focus on modeling. She began modeling at the age of 9.

Milla Jovovich has married thrice. She was first married to Shawn Andrews in 1992. She was then only 16 while Shawn was just 21. Their marriage ended in an annulment two months later.

Her second marriage was to director Luc Besson in 1997 but divorced two years later.

She is now married to an English film screenwriter, producer, and director, Paul W. S. Anderson. They both first met while working on the 2002 film Resident Evil, which Anderson wrote and directed, and in which Jovovich starred. Anderson proposed to Jovovich in 2003, and they got married on August 22, 2009.

She gave birth to their first child, daughter Ever Gabo on November 3, 2007, at Cedars-Sinai Medical Center in Los Angeles, California. They welcomed their second child, daughter Dashiel Edan, on April 1, 2015.

Milla Jovovich had her first role in “Two Moon Junction” in 1988, in which she played the role of Samantha Delongpre.

She landed her first major role at the age of 15 when she played the lead role of Lilli Hargrave in “Return to the Blue Lagoon”, in 1991.

Milla Jovovich made her acting debut in 1988 in the Disney Channel film “The Night Train to Kathmandu” for her role as Lily McLeod.

Milla Jovovich released her first studio album, “The Divine Comedy”  in 1994. The album earned positive reviews and its single, “Gentleman Who Fell”, charted at number 21 on the Billboard Modern Rock Tracks chart.

She also released an electronic or folk or rock album called “The Peopletree Sessions” in collaboration with Emit Bloch in 1998/1999. In 2000, the album was chosen as the ‘CD of the Week’ and was given 4/5 stars by the Guardian newspaper.

She achieved huge success playing Alice / Alicia Marcus in the “Resident Evil” film series. The success of the franchise made her one of the A-list actors in Hollywood.

She was discovered by the photographer Richard Avedon at the age of 11 and was featured in Revlon’s “Most Unforgettable Women in the World” advertisements and on the cover of the Italian fashion magazine ‘Lei’ which was her first cover shoot.

She made her first professional model contract at the age of 12 and soon made it to the cover of ‘The Face’, ‘Vogue’, ‘Cosmopolitan’, and many other magazines.

She has been featured on the cover of more than one hundred magazines worldwide.

In 1992, she was nominated for Young Artist Award for her performance in the film, ‘Return to the Blue Lagoon’.

In addition to her native Russian, she also speaks Serbian and English.

She ranked  #43 Sexiest Woman by the Spanish version of DT magazine in 2011.

She won the Best Actress in a sci-fi/action film for her role in ‘Resident Evil: Extinction’ in 2008.