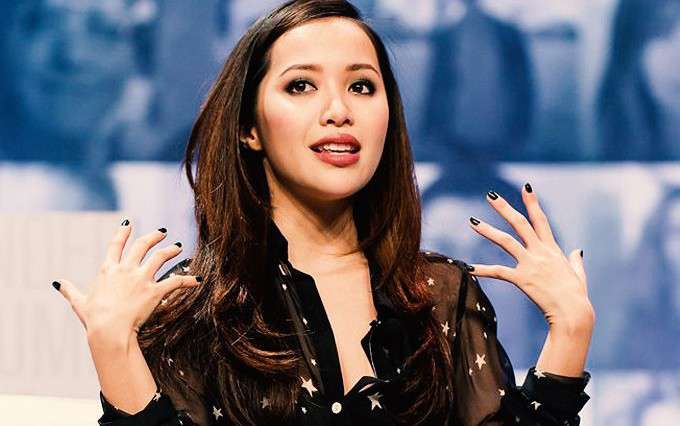 Michelle Phan is an internationally acclaimed YouTuber, who is credited for her beauty and makeup tutorials. Her increasing popularity on different social media platforms has led her to explore various other exciting opportunities allowing her to associate with high-profile beauty brands like L’Oreal to launch her own line of beauty products.

Having started her career as a blogger and later branched out to YouTube which eventually helped her to get maximum exposure her self-titled YouTube channel is being followed by more than 8.9 million people. Her passion for fashion, beauty, and teaching has made her one of the most subscribed channels on YouTube.

Michelle Phan was born on the 11th of April 1987, in Boston, Massachusetts, United States of America. She is currently 35 years old.

Michelle attended Tampa Bay Technical High School in Florida. Later, she enrolled at Ringling College of Art and Design from where she obtained an Honorary Doctorate of Arts degree in March 2014.

Michelle has been dating Swiss model Dominique Capraro since 2010. They first met in 2008 in Paris, and eventually, started dating in 2010. In an interview, she told that she likes to have a low-key relationship with her boyfriend and refrains herself from sharing pictures of her and her boyfriend on social media.

Michelle Phan launched her blog in 2005 in which she posted makeup and beauty tutorials. In 2007, she took her beauty expertise to YouTube and since then, she regularly posts make-up tutorials. Her videos easily attract the targeted audience garnering a huge amount of traffic along the way. It didn’t take long for this aspiring makeup artist to gain popularity on the platform resulting in millions of subscribers.

As of November 2017, she has accrued more than 8 million subscribers and over 1 billion views, making her one of the top 5 most followed channels on YouTube. She has uploaded over 400 titles since she launched her channel.

In a YouTube video, she has discussed a lot about her favorite things, beauty products, and more.

Michelle has an estimated net worth of $50 million US dollars as of 2023. Most of her earnings result from YouTube ad revenue, brand endorsements, and various business ventures. In 2010, she became Lancôme’s global representative as their makeup artist, making her the first Vietnamese spokesperson for the company. In 2014, she co-founded MyGlam (which is now renamed ipsy), a monthly beauty products subscription service. Her company is currently valued at $500 million, according to Forbes.

Michelle Phan immediately caught the attention of thousands of users when the social news website, Buzzfeed, featured one of her videos, “How To Get Lady Gaga’s Eyes” on their site.

In 2013, she launched her own line of cosmetic products called em by Michelle Phan in partnership with L-Oreal. She dedicated the brand to her mother.

Expanding her business endeavors, Michelle teamed up with Endemol Beyond USA to build a talent network to feature people from YouTube and create content for millennials, in 2014.

The year 2014 was a big breakthrough for her where she launched several business ventures and her book titled “Make Up: Your Life Guide to Beauty, Style, and Success — Online and Off.”

In 2016, She voiced a character named Jessica Jones on the mobile game Marvel Avengers Academy.

Since 2018, Phan owns a start-up called Thematic that specializes in licensing music