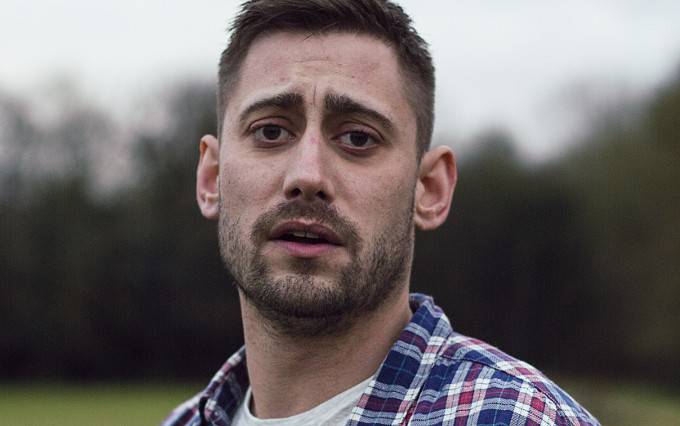 Michael Socha is an English actor who is most famously known for his works in both TV shows and movies such as Casualty, Being Human, Once Upon a Time in Wonderland, Once Upon a Time, and Our World War. In 2021, Socha played Kenny Meadows in the BBC One three-part drama series Time. He has appeared in stage productions like Glamour and This is Living and featured in music videos “Seen It All”, “Ill Ray (The King)” and “Something About You”.

Michael Socha was born to parents Kathleen (Lyons) and Robert Socha. He spent the larger part of his early life growing up with his younger sister Lauren Socha in n Littleover, a suburb of Derby. His sister is also an actress, and he followed the footprints of his sister into the show business.

Socha studied at St Benedict Catholic School. As a teenager, he had appeared in various plays for the Chellaston Youth Players. He later attended Burton & South Derbyshire College from where he earned his National Diploma of Performing Arts. He took acting classes at Carlton TV Workshop.

Michael Socha is currently believed to be single, but he has a son named Elis Michael Socha with his ex-girlfriend, Faye.

Michael got his hands in acting at a relatively young age but it was never his first career choice. Right after his education, he took up various jobs before considering acting and his first breakout role came in 2006 when he landed the role of school bully Harvey in Shane Meadows’s skinhead subculture film, This Is England.

In fact, he isn’t the only actor in his family, As I mentioned earlier, his sister Lauren is also a professional actor, She launched her career the same year as her brother, which was in 2006, and she is best known for her roles in shows like Misfits and Catastrophe.

Coming back to Michael’s career, he saw a lot of ups and downs throughout his career as he had played some major roles and had guest spots in several shows. Some of the TV shows that he is noted for include Being Human, Once Upon a Time in Wonderland, The Keeper, Once Upon a Time, This Is England ’90, Chernobyl, and Time.

While there is no information regarding his fortune right now, there is no doubt that Michael Socha has amassed a hefty net worth for himself as we speak. He had always maintained a low profile which makes it tough for us to estimate his wealth and so on.

His father was an alcoholic addict and died from a heart attack in 2004.

He has been featured in many music videos including “Seen It All” by Jake Bugg and “Something About You” by Elderbrook & Rudimental.

In 2018, he was cast as Bill Twist, the St Helens Town F.C. captain, in a biographical film The Keeper, which is based on the life of German professional footballer, Bert Trautmann.

Socha has also appeared in stage productions like Glamour and This is Living.