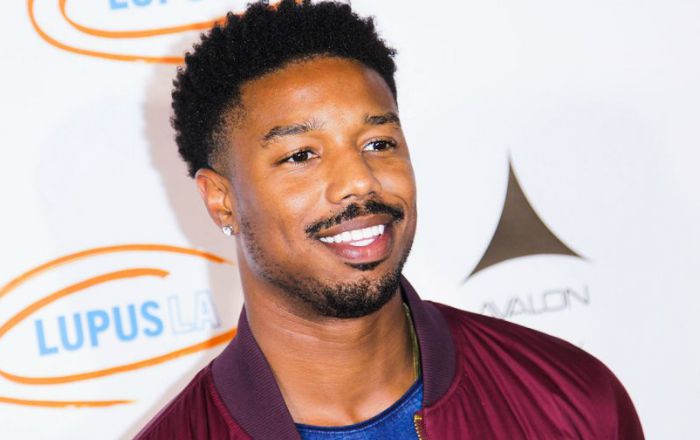 Michael B. Jordan is an American actor who attained worldwide fame after portraying antagonist Erik Killmonger in Marvel’s Black Panther. He first gained attention for his roles as Oscar Grant in the drama Fruitvale Station, Adonis Creed in the Rocky sequel film Creed. In television, he played Wallace in the HBO series The Wire, Reggie Montgomery in the ABC soap opera All My Children, and Vince Howard in the NBC drama series Friday Night Lights. In 2020, Jordan was featured in Time’s “100 most influential people in the world” as well as in People’s Sexiest Man Alive.

Michael B. Jordan was born on the 9th of February 1987, in Santa Ana, California, United States of America. He’s currently 35 years old.

Michael is the son of Donna and Michael Jordan. He has a sister, Jamila, and a younger brother, Khalid. He attended Newark Arts High School in Newark, New Jersey.

Michael is currently dating model Lori Harvey, Steve Harvey‘s stepdaughter. Michael and Lori have made their romance public in early 2021.

Jordan’s first film role was in the 1999 film, Black and White, in which he played a role of a teen #2, starring Robert Downey, Jr., Jared Leto, in the lead roles.

His first credited role was as Jamal in the 2001 American sports comedy-drama film, Hardball.

In 1999, Michael made his acting debut in HBO’s The Sopranos for his role as a Rideland kid.

He played the character of a drug dealer named Wallace in HBO’s crime drama television series The Wire in 2002 earned him critical acclaim. His other breakout roles are as Adonis “Donnie” Johnson Creed in Creed (2015) and as N’Jadaka / Erik “Killmonger” Stevens in Black Panther (2018).

Michael B. Jordan Net Worth

According to Celebrity Net Worth, Michael B. Jordan has a net worth of $25 million in 2023.

His middle name, Bakari, is Swahili and means “of noble promise”.

He studied tap dancing when he was a child.

Jordan modeled for Modell’s sporting goods and Toys “R” Us as a child and embarked on acting at age 12 when he appeared briefly in single episodes of the television series Cosby and The Sopranos.

He was voted one of the 55 faces of the future by Nylon Magazine’s Young Hollywood Issue.

His favorite actress is Meryl Streep.

That same year he was included in People Magazine’s annual “Sexiest Man Alive” list and named as GQ Magazine’s “Breakout of the Year” for 2013.

Jordan voiced Jace in the Xbox 360 game Gears of War 3.

In 2017, he was the voice of Kurt Mosby in the video game Wilson’s Heart.

He provided the voice to the character Julian Chase in an animated web series Gen: LOCK, which premiered in 2019.

He made his directorial debut with the movie Creed III where he reprises his role as boxer Donnie Creed.