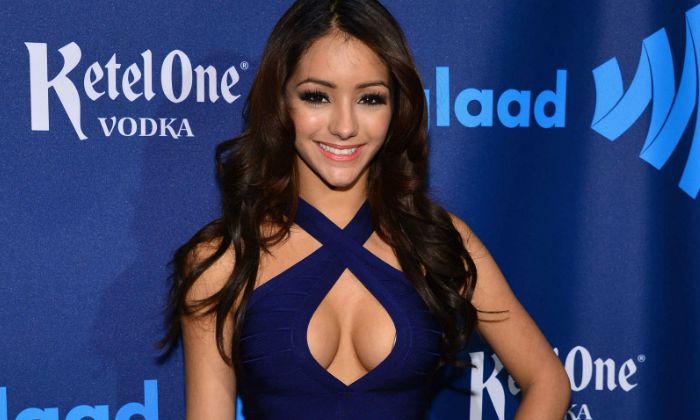 Melanie Iglesias is an American actress and supermodel known for her appearances on all seasons of MTV’s comedy television series Guy Code and Girl Code. She shot to fame after she was voted Maxim’s Hometown Hotties winner in 2010. Melanie has appeared on several high-profile magazines such as Maxim, World’s Most Beautiful, Esquire, and Vibe.

Melanie Iglesias was born on the 18th of June 1987, in Brooklyn, New York, United States of America. She is currently 34 years old.

Talking about Melanie’s family background and education, very limited information is known about her family as well as her childhood. She has revealed nothing about her parents including their names and profession. She was raised by her father as her parents divorced when she was small and spent most of her life in Brooklyn, New York, where she attended Tottenville High School. Melanie comes from a pretty big family as she has seven siblings, six brothers, and one sister. She belongs to the mixed ethnicity of Puerto Rican, Italian, and Filipino.

On the personal front, Melanie Iglesias had always been in the news for her romantic connections with famous personalities. She was in a relationship with famed reality television personality, Vinnie Guadagnino, known for his appearance on MTV’s “Jersey Shore”, from 2012 until 2014. They hardly dated for two years.

After that, she briefly dated actor Ryan Guzman, who gained fame for playing Sean Asa in the “Step Up” series. Melanie is possibly single now as there is no news or rumors about her recent relationships.

Melanie made her television debut, appearing as the Royal Flush Girl in 265 episodes of the World Poker Tour.

She also appeared in all seasons of the reality comedy series, “Guy Code” and its spin-off series “Girl Code”. The reality shows had several popular names on cards such as athletes, entertainers, experts, and comics, discussing a special code of conduct that exists between men.

Melanie’s feature film debut came in 2018, when she landed a role of Catherine in the film “bnormal Attraction”, which released in March of that year.

Having been featured in many international magazines, including Maxim, FHM, Vibe and World’s Most Beautiful.

She runs a self-titled YouTube channel where she posts flipbook videos and lifestyle vlogs. Her channel has over 185 thousand subscribers.

In 2014, she guest appeared on the television series “Tosh.O” hosted by comedian Daniel Tosh.

According to an interview with AskMen, she started that a guy who is intelligent and confident is her biggest turn-on and she likes body hair on men.

Melanie has appeared a contestant on season 13 of the hit reality show “America’s Next Top Model”.

In 2010, Melanie was voted the “Maxim Hometown Hotties” winner that led her entry in their list of world’s most beautiful women, the “Maxim Hot 100”, the following year.

In 2016, she landed a role in the YouTube musical “The Keys of Christmas”.

In April 2019, she featured in the music video for “La La Land” by Bryce Vine.