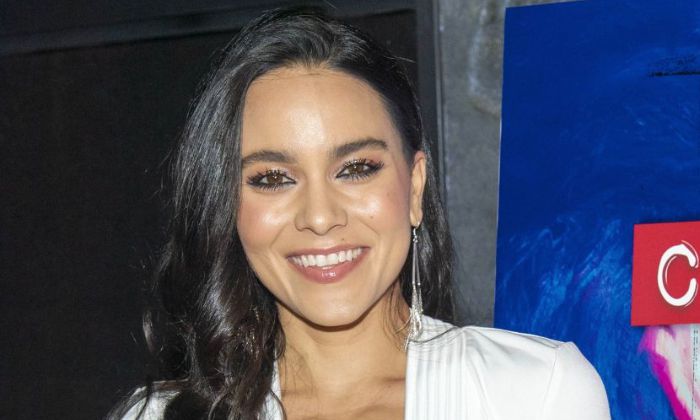 Maya Stojan is a Swiss actress who has garnered so much attention in the industry of her choice. She might be known best for her part in the hit show Marvel’s Agents of S.H.I.E.L.D. playing the role of role as Agent 33 and for playing Tory Ellis on the crime series Castle.

She has also guested in popular TV series, including Entourage, Criminal Minds, NCIS, and Grey’s Anatomy. In 2020, she was cast in the Netflix movie Fatal Affair, starring alongside Nia Long, Omar Epps, Stephen Bishop, and KJ Smith. In an acting career spanning more than a decade, Maya Stojan has enjoyed a successful career in the spotlight.

Maya Stojan was born on the 28th of June 1986, in Geneva, Switzerland. She’s currently 35 years old.

Maya Stojan was born to Rachel and Josef “Joseph” Stojan. Her mother is from Sri Lankan while her father is from the Czech Republic. She grew up with her sister in Geneva, where she was educated at the International School of Geneva.

Following her graduation, she moved to England where she studied acting at the Silvia Young Theatre School in London and also took up a three-month acting course at Shakespeare in Birmingham, England.

After that, Maya moved to the United States and attended Hartt School of Theatre and Music, located in West Hartford, Connecticut, from which she obtained her Bachelors’s degree in Fine Arts in Acting. Shortly after, she moved to Los Angels to try her luck in acting and started booking roles in both films and TV shows.

As far as her relationship status is concerned, Maya Stojan is in a relationship with former USA Rugby player Todd Clever. They started dating in 2020 and live together in Cardiff-by-the sea, a beach community located in the city of Encinitas in San Diego County, California, United States.

Maya’s acting career began in 2009 and one year later she had a guest part in one of the episodes of HBO’s crime-drama series Entourage. That same year, she made her big-screen debut in the movie playing the role of Nadia.

After being cast in a handful of short films and TV series, Maya’s breakthrough came in 2013 when she was cast in the recurring role as Tory Ellis in the ABC comedy-drama series Castle. The following year, she landed the role of Kara Lynn Palamas / Agent 33 in the hit ABC series Agents of S.H.I.E.L.D. Both these roles had brought in her considerable success which also contributed a significant amount to her net worth.

Her other notable acting works include the TV series NCIS and Grey’s Anatomy and the movie Newness. Her success continued and landed the role of Courtney in Peter Sullivan’s psychological thriller film Fatal Affair, co-starring with Nia Long, Omar Epps, Stephen Bishop, and KJ Smith. The film premiered on Netflix on July 16, 2020.

Since launching her career, Maya Stojan has appeared in many popular TV series that potentially added a considerable amount to her net worth. Through her work in showbiz, Maya Stojan has accumulated a net worth as high as $500,000, which is really impressive.