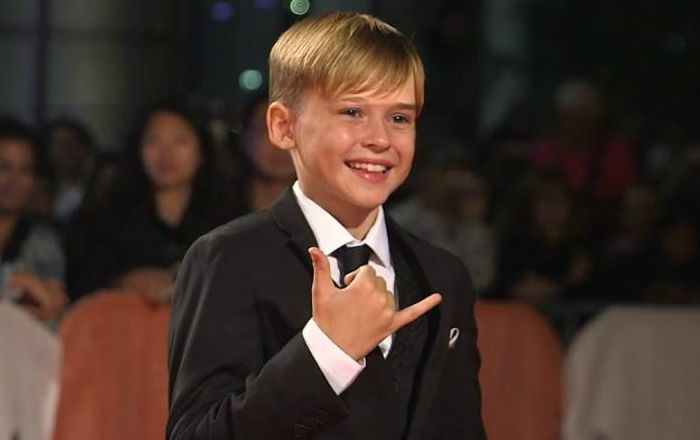 Maxwell Jenkins was born on the 3rd of May 2005, in Chicago, Illinois, United States of America. He’s currently 15 years old.

There’s nothing much known about his personal life as he prefers to keep it away from media. Thus, we are ascertain of any relation he has had in the past or in the present.

Jenkins landed a role of Oliver in the drama series Betrayal in 2013.

Best known for his starring role as Will Robinson in Lost in Space and Young Will in Netflix’s original series Sense8.

Maxwell hasn’t revealed his net worth to the media. However, as an emerging actor with a bunch of ventures under his belt, Jenkins is enjoying a luxurious life and his net worth is estimated to be between $500,000 and $1 million dollars.

Maxwell is a mandolin player and singer in the band Cowboy Jesus and The Sugar Bums. They released their first cover song titled Life During Wartime on their YouTube channel on January 10, 2016.

He and his sister Samantha perform in their family’s theatrical circus company, Midnight Circus.

Staring at age 3, he has been performing at his family’s circus. He performs an acrobatic balancing act like tightwire, juggling, and mandolin with his father.

In 2018, Max played Will Robinson in the sci-fi television series Lost in Space.