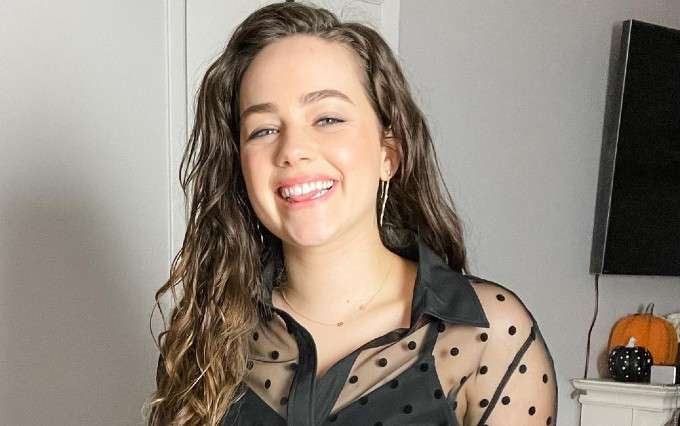 Mary Mouser is an American actress, born and bred in Pine Bluff, Arkansas. She is widely recognized for her role as Samantha LaRusso in the Netflix comedy-drama series Cobra Kai, starring Ralph Macchio and William Zabka. She first came to public attention with the role of Kelly Gibbs on NCIS, Mia Weller on Life Is Wild and Lacey Fleming on Body of Proof, among other roles she had played so far in her career.

Apart from this, she has done a lot of voice roles in both movies and television series, including Son of the Mask, Dragon Hunters, Bride Wars, Eloise: The Animated Series. You might be well-known for her professional endeavors, thanks to her popularity, but there’s a lot in store about her family and personal life.

She is of mixed ethnicity who has German roots and a few more.

Mary’s parents are Scott Mouser and Tina Mouser. She grew up with her other two siblings – Aaron Parker Mouser and Laura Ashley Mouser, both are well-known actors like her.

As far as her education is concerned, she entered show business at a relatively young age, and as a result, she was homeschooled by her mother, who holds a master’s degree. Though homeschooled, she really faired well and earned her high school diploma before turning 16.

While she hasn’t talked much about her romantic aspect of life, it is known that she has been romantically involved with actor Brett Pierce for several years, at least from 2015, as we know of. The two share a close bonding with each other, and thanks to her Instagram which features a lot of their pictures.

Mary, who has been acting since the age of five, got her breakthrough in 2015 when she landed a recurring role in the most popular series NCIS. Her portrayal of Kelly Gibbs, alongside the likes of Mark Harmon, Sasha Alexander, and Michael Weatherly earned her widespread recognition within the entertainment industry, fetching her various kind of roles thereafter.

From there, she started to become popular with a lot of credits adding to her resume. In 2007, she appeared in the television film, A Stranger’s Heart, for which she was nominated for Young Artist Award for Best Performance in a TV Movie, Miniseries, or Special – Supporting Young Actress. The year 2007 was rather successful for Mary, which saw her performing in more than five various projects, including Michael Raugh’s drama Life is Wild.

Over time, not only has her popularity soared but also her acting career who has a handful of major titles to her name. She furthered her acting career with minor roles in Body of Proof, The Fosters among other projects, and in 2018, she landed a part, as Samantha LaRusso in Netflix’s comedy-drama series Cobra Kai, which is the sequel to The Karate Kid films. The show stars Ralph Macchio, William Zabka, Courtney Henggeler, and Xolo Maridueña, among many others. She has become more popular with the show that has raked up her bank balance.

Since launching her career, Mary has starred in more than 50 projects, both TV series and movies, all of which have only beefed up her wealth. As of 2023, Mary Mouser has a net worth of about $2 million dollars.

She is a good friend of actor Tanner Buchanan, her Cobra Kai co-star.

She made her acting debut in 2004 at age 5, and she followed it up with voice roles in a series of movies like Pom Poko and Tarzan II.

In 2009, she starred alongside Kate Hudson in the romantic comedy film Bride Wars.