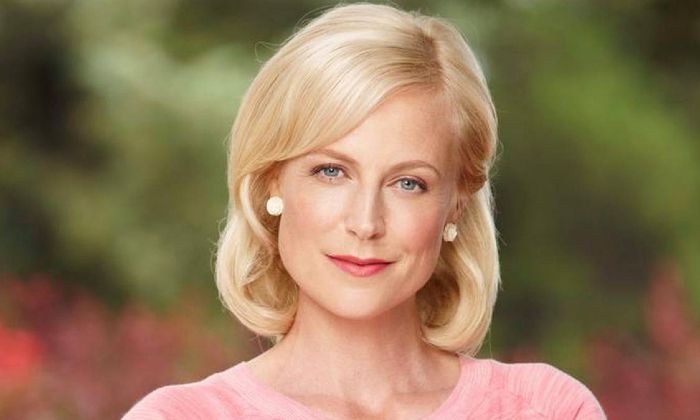 Marta Dusseldorp is an Australian actress who rose to prominence for his role as Sam Lawson in five BlackJack television movies and playing Janet King in Crownies and its spin-off Janet King. She had lead roles in television series such as A Place to Call Home as Sarah Adams, and Stateless as Margot. In 2020, she joined the cast of Wentworth as Sheila Bausch.

Marta Dusseldorp was born on the 1st of February 1973, in Australia. She is currently 49 years old.

When it comes to her personal life, Marta hasn’t yet divulged too many details about her family, siblings, or her early life. Her grandfather, Dick Dusseldorp, was a Dutch-born engineer and the founder of Lend Lease Corporation.

She is the granddaughter of Sandy Robertson, a Sydney pediatrician. Having grown up in her hometown, she went to Geelong Grammar School and graduated from there in 1990. After that, she studied for two years at the University of New South Wales, where she majored in theatre and film. She later studied at the Victorian College of the Arts in Melbourne

Marta Dusseldorp is married to fellow actor Ben Winspear, and they have two children – Maggie Winspear and Grace Winspear.

Marta Dusseldorp launched her acting career in 1992 when she played a guest role in an episode of G.P. She took a break from acting and returned in 1996 with a minor role of Mercury, a television series about the editors and reporters of the Sunday Mercury, a fictional Melbourne weekly paper.

She soon followed up with guest roles in television series like All Saints, Farscape, murder Call, and Young Lions. During this time, Marta also made her film debut with the war film, Paradise Road, in which she played the role of Helen van Praagh.

Marta’s first major role came in the early 2000s when she landed the role of Sam Lawson in the television movie BlackJack: Sweet Science. She went on to reprise her role in four such movies.

In 2020, she appeared in six episodes of the ABC drama series, Stateless, and that same year, she became a cast member of Wentworth as Sheila Bausch.

Marta has garnered much attention for herself on stage before carving a name in the Australian entertainment industry. She won the award for Best Female Actor in a Supporting Role in a Play in the 2009 Helpmann Awards for her performance as Queen Margaret in Benedict Andrews’ The War of the Roses with the Sydney Theatre Company.

According to various sources, Marta Dusseldorp is estimated to have a net worth of $4 million dollars in 2023. She has accumulated her net worth through her accomplishments as a stage and screen actress.