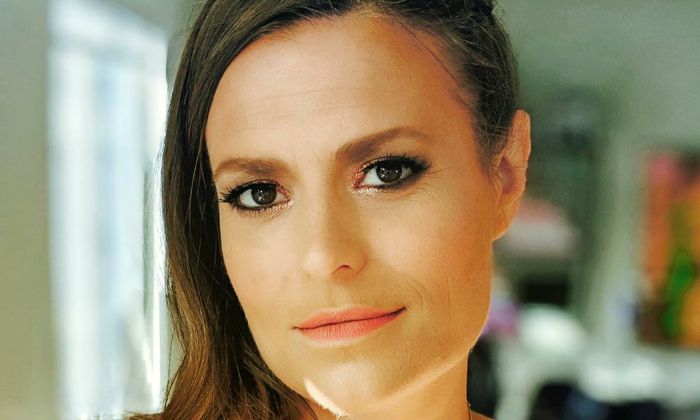 Who is Marianna Palka?

Marianna Palka is a Scottish actress and filmmaker who caught the spotlight for her appearance in the film, Good Dick, which she directed as well as produced. The film received the Grand Jury Prize nomination at the Sundance Film Festival. As a creator, Palka is also known for projects like The Lion’s Mouth Opens, Bitch, and Always Worthy. Her acting credits include her parts in movies such as Neds, Forever, Restive, When You Find Me and Autumn Wanderer. Besides all this, she has starred in a handful of short films, including By My Very Self, For My American Friends, Betty File 43, Modern Romance, Insane and When You Find Me, among many others.

Marianna Palka was born on the 7th of September 1981, in Glasgow, Scotland. She is currently 38 years old.

Very little is known about her family or her early life as she hasn’t shared anything about her personal matters with the media. She has a sister named Nina.

While there’s no information regarding her formal education, she studied at Atlantic Theater Company, located in New York City.

As I said earlier, the Scottish beauty is very secretive about her romantic life either. She is possibly single as there are no rumors about her love life reported by tabloids in recent times.

Marianna was in a romantic relationship with actor Jason Ritter whom she had met at Atlantic Theater Company from1999 to 2013. She also dated music artist Zac Clark in the past.

Marianna Palka made her acting debut in the film, Good Dick, opposite her ex-boyfriend Jason Ritter. The film was also written, directed and produced by her, which explores what intimacy truly can be for someone who has been sexually abused in their childhood.

Palka was awarded the Directing Award for the film. The film was screened in the Dramatic Competition of the 2008 Sundance Film Festival.

Palka’s first television appearance was as Martha Washington in the educational comedy series, Drunk History, based on the Funny or Die web series created by Derek Waters and Jeremy Konner in 2007.

According to authoritative sources, Marianna Palka’s net worth, as of 2020, is estimated to be around $300 thousand dollars.

Marianna Palka has a strong social presence, thanks to her films and television series. She has amassed over 15,000 followers to her Instagram account and, in addition, she has over 7,000 Twitter followers.

Her first name Marianna is originally a diminutive of Hebrew name Maria.

She spent first 16 years of her early life in her hometown of Glasgow, Scotland, before moving to the United States at age 17 to begin her acting career.

She has a dog named Marlowe Monet.

She made her theatre debut as an Irish woman in Conor McPherson’s Dublin Carol at the Ensemble Theatre Company in 2006.

Palka won the Neuchâtel International Fantastic Film Festival – Narcisse Award for her performance as Jill Hart in the film Bitch, a film she wrote, directed and starred in.

She divides her time between Los Angeles, California, United States and Glasgow, Scotland.