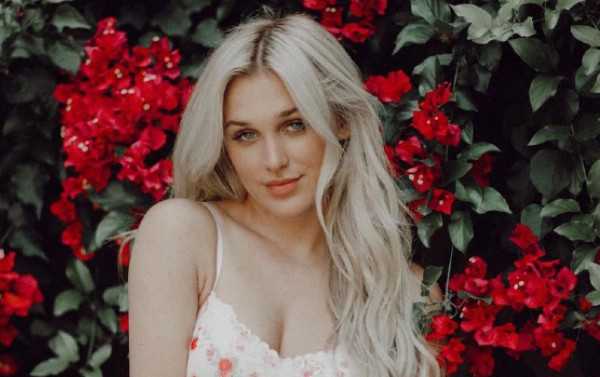 Madi Monroe is a beautiful teen star from the United States of America. She’s best known as a TikTok star, actress, and dancer. She is one of the most popular content creators and is got more than 18 million followers on the app. Apart from being a social media influencer, she is an aspiring actress and has acted in some short films.

Though she is just 18 years old, she is already on the path to stardom. With millions of followers across social media platforms, she’s all over the internet. If you are on these Gen Z apps then it is very likely that you know about her. But, in case, if you are not introduced to Madi Monroe yet, don’t worry, we have you covered. Here’s everything you need to know about her.

Madi Monroe dated fellow TikTok star Christopher Romero from 2019 to 2020. The couple celebrated their first year anniversary in August 2020 and each got a tattoo. Madi got a little heart on her wrist and Christopher got her name inked inside his bottom lip. Three months later, they announced that they are ending their relationship and will remain friends.

She’s currently rumored to be dating social media star Jack Riyn. He is a popular TilTok personality and is from Arizona just like her.

Her vlogs, lip-syncs, covers of popular songs, and dance videos, and the everyday pictures that she posts to her Instagram handle.

Being a member of the TikTok collective group Not a Content House. She left the group in January 2020.

According to various online portals, Madi’s net worth is estimated to be somewhere between the $300 thousand and $500 thousand bracket.

She spent her early years growing up in Bel Air, California.

She is good friends with fellow influencers Kalani Hilliker and Cynthia Parker.

In 2016, she starred as a lead in Jacob Sartorius’s music video for Hit or Miss.

Madi is represented by Eris Talent and The Green Room Management.

Over the course of her career, she has collaborated with several influencers, including Charli D’Amelio, Avani Gregg and Riley Lewis.

Her all-time favorite movie is Nightmare Before Christmas.