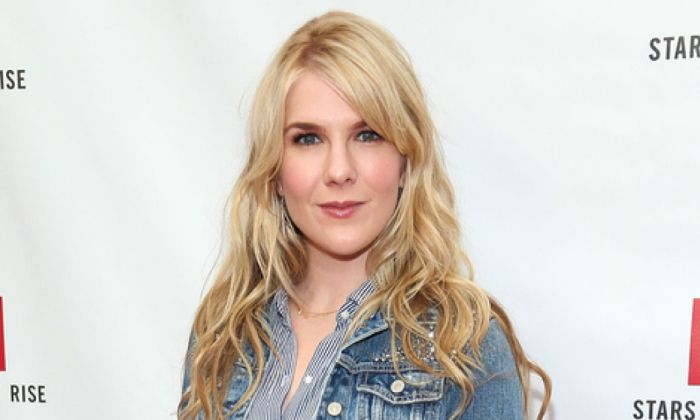 Lily Rabe is an American actress who first caught the attention for her exceptional performance as Portia in The Merchant of Venice, for which she earned her first Tony Award for Best Actress in a Play. When it comes to television, she has been known for her part in the FX anthology horror series American Horror Story and for her portrayal of Claire Bennigan on the ABC science fiction series The Whispers. In her illustrious acting career that spans over two decades, Lily has starred in a number of TV shows and films, including Miss Stevens, Sgt. Will Gardner, Finding Steve McQueen, Voltron: Legendary Defender, and The Undoing.

Lily Rabe is the daughter of actress Jill Clayburgh and playwright and screenwriter David Rabe. She has two siblings. Her younger brother, Michael Rabe, is an actor and playwright, and her older half-brother, Jason Rabe, is a musician. She has German, Irish, Scottish, English, one-quarter Jewish [Ashkenazi, Sephardi], distant Welsh, and remote Dutch ancestry.

She was raised catholic. Her family relocated to Lakeville, Connecticut when she was in the seventh grade, where she attended The Hotchkiss School.

Rabe developed a liking for performing arts at a very young age and studied dance throughout her childhood for 10 years. While teaching ballet at a summer arts program in Connecticut, she got an opportunity to perform a monologue from the play Crimes of the Heart by Beth Henley. It was then she decided to pursue acting and enrolled at Northwestern University in Illinois to study acting. She graduated in the year 2004.

Lily Rabe has been in a long-term relationship with her boyfriend, Hamish Linklater since May 2016. They have two children.

Lily Rabe started her career as a stage actress, appearing in various plays opposite her mother before carving a niche for herself in the theatre world. Though she has been a part of various stage productions, it was her portrayal of Portia in The Merchant of Venice at Shakespeare in the Park that boosted her acting career.

After her run in that play, she was booked in various major television shows and films. In 2011, she played Nora Montgomery in the FX horror series American Horror Story: Murder House, her first major part in the television series. Then, she followed up with various roles in the American horror series over the years.

Some of her notable acting credits include The Whispers, Voltron: Legendary Defender, The Undoing, Vice, Sgt. Will Gardner and Finding Steve McQueen.

The New York native has been in showbiz for nearly two decades. Through her acting works, she has already proved her prowess as well as made a name for herself in the television industry. That combined with her recent accomplishments has gained her a net worth of more than $2 million.

In 2005, she made her Broadway debut as Annelle in Steel Magnolias, a performance that earned a Drama Desk Award nomination.

Lily along with Sarah Paulson and Evan Peters are the only three actors who have featured in every season of American Horror Story since 2011.