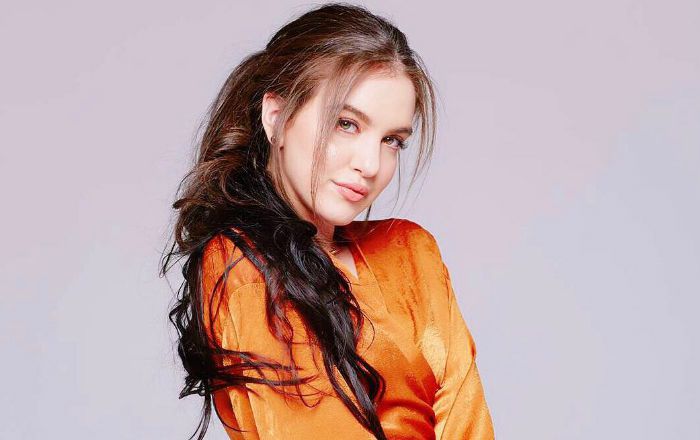 Lilimar Hernandez is a Venezuelan actress who became known for her roles as Sophie on Nickelodeon’s ‘Bella and the Bulldogs’. She played Sage on Nickelodeon television series ‘Knight Squad’ in 2018.

Speaking about Lilimar’s family, very limited information is available at the moment. Her mother name is Mayte Hernandez. Other than that, nothing much is known about her family and childhood.

She studied acting at The Groundlings and took modeling classes at John Casablancas Career Center.

Hernandez has kept her personal life away from media and thus there is not much information available of any relation she has had in the past or in the present.

Lilimar Hernandez made her screen debut as a voice actress in the 2013 family fantasy movie, ‘The Little Ghost’ (originally released as Das Kleine Gespenst in Germany), in which she voiced Marie in the English version of the movie.

In 2006, Lilimar got her huge break in the Spanish television show ‘Sábado Gigant’, in which she played herself.

Lilimar started her career doing commercials and has appeared in a number of TV advertisements endorsing domestic and international brands.

As of 2022, Lilimar Hernandez has a net worth of $4 million dollars. She lives in Los Angeles with her grandmother and with her mother, Mayte.

In 2006, she moved to Miami where she took modeling and acting classes.

She has a rare eye condition called heterochromia which makes her right eye look hazel/green while her left is dark brown.

Lilimar landed her breakthrough role in 2015 as Sophie in Nickelodeon’s Bella and the Bulldogs. This role earned her an Imagen Award for Best Young Actress – Television in 2015.

She has a great sense of fashion and has her own clothing line called Lilimar Collection.