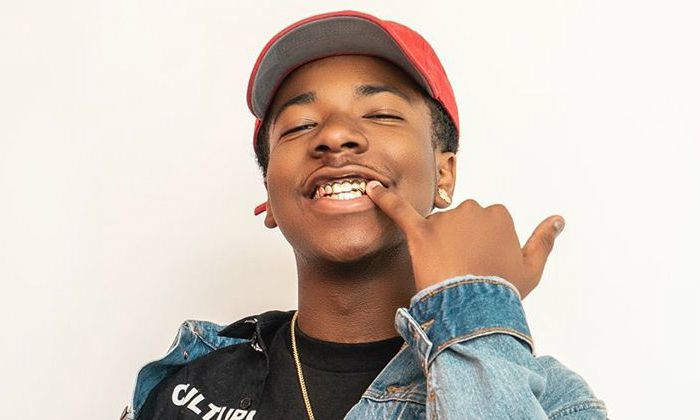 Leon “Kida” Burns is an American actor and hip-hop dancer based out of Suisun City, California, who is probably best known by his stage name “Kida The Great.” He rose to prominence after being named America’s Favorite Dancer on the thirteenth season of So You Think You Can Dance: Next Generation.

He has been dancing since he was very young, thanks to her elder brother who taught him the craft before taking dance lessons at the Chapkis Dance Studio, located in his hometown. His credits include participating in the TV shows such as Ellen DeGeneres Show, The Queen Latifah Show, and The Rachel Ray Show. Burns choreographed and appeared in the music video for Justin Bieber’s song “Come Around Me” in 2020.

Leon Burns was born on the 8th of April 2002, in Sacramento, California, United States of America. He is currently 20 years old.

Kida comes from a family of choreographers and dancers. He is the sixth of seven children to Leon Akida Burns and his wife Tanisha Burns, née Hunter. He has two brothers and four sisters, including Shaheem Sanchez, Tajanique Cheatham, and Savannah, who is also a dancer.

Concerning his education, there’s not a lot to share but he graduated from high school in January 2020.

Since Kida has achieved a lot of success and popularity at such a young age, this young multifaceted artist has followers all over the world. And, they are always curious to get to know more about his budding dancer, especially the relationship part.

Well, based on his social life, Kida is single for sure and he is not so vocal when it comes to his private life. He has managed to keep that aspect of his life under the radar as he doesn’t want his private life to be in the limelight.

Kida began dancing at the age of 4 when his older brother, Shaheem Sanchez, trained him with the basics. He took formal dance classes at the age of 5 and three years later, he joined the hip-hop crew, The ART of Teknique.

His claim to fame began when he joined the short-form video platform, Vine, where he posted short videos of hip-hop dance performances. That soon caught the attention of the people, garnering a lot of followers and likes.

Not long after that, a video of him performing alongside the crew of The Art of Teknique went viral and was reposted by music celebrities like Ludacris and Tyrese. This was the biggest breakthrough in his career that landed the trio on Ellen DeGeneres Show. From there, there’s no stopping him.

Kida landed his first acting gig in 2012, a guest appearance in an episode of the Fox short-lived drama series Touch, starring Kiefer Sutherland.

That same year, he played a small role as Thomas Brown in the musical drama, Battlefield America.

Thanks to the popularity of Kida The Great which has earned him a large social media presence. One of the reasons so many people follow him on social media blogs on social media is because of Kida’s intriguing dance moves. Kida combines her passion for dance and creativity in his moves, making them well-rounded and interesting to people all over the world.

He can be found on Instagram @kidathegreat, where he’s got over 4.1 million followers. On Facebook, his page @KidaTheGreat has garnered more than a million fans as we speak. He also has an eponymous YouTube channel with around 400,000 subscribers, to which he uploads a lot of dance videos performing to various tunes, including “No Limit” by Usher, “Tempo,” and “Party” both by Chris Brown.

Kida The Great Net Worth

So, wondering how rich is Kida Burns? This young dancer is already a millionaire, who has a net worth of $1 million, as of 2022.

He is a big fan of dance movies such as “Breakin” and the “Step Up” series, which, according to him, inspired him to become a dancer.

He took formal dance lessons at Studio T Urban Dance Academy in his hometown of Sacramento when he was just five.

At age 11, he joined the Step 1 Dance and Fitness, which is also in Sacramento, to hone his dancing skills.

In 2014, he was named Most Inspirational Dancer.

In 2015, Kida made appearances on The Queen Latifah Show as well as The Rachel Ray Show and performed on the show as well.

He is a member of several dance groups like Family First Crew, The Art Of Teknique, and HHI World Champions.

In 2016, Burns competed in the thirteenth season of So You Think You Can Dance: Next Generation and won the season’s title along with the grand prize of $250,000. He has also been voted America’s Favorite Dancer.

That same year, he performed with singer Usher at the 2016 BET Awards.

In 2020, Burns choreographed and appeared in the music video for Justin Bieber’s song “Come Around Me”.