American basketball player and entrepreneur LeBron James is one of the most popular and influential sportspeople on the planet. LeBron has a net worth of $500 million and much of his wealth comes from sports, businesses and brand endorsements. With that, his annual income goes up roughly $80 million.

LeBron James was born on December 30, 1984, in Akron, Ohio to a teenage mother who raised him on her own. He had a difficult time since childhood as his family needs to relocate to many places while her mother Gloria Marie James had to struggle a lot to find a job in the crowded neighborhoods of Arkon.

James was introduced to basketball at the age of nine by her family friend Frank Walker, a local basketball coach. Soon, basketball became LeBron’s life and when he was old enough to play for his elementary school he excelled immediately on the court.

LeBron attended St Vincent-St Mary high school where, as a sophomore, and was named Ohio’s Mr. Basketball, and became the youngest person ever to join the USA Today All USA first team.

LeBron made appearances on the covers of SLAM magazine and Sports Illustrated even before the start of his junior year, becoming the first high school basketball underclassman to do so. It was around this time he became the first junior to be named the Gatorade National Player of the Year.

He made 19 million in his first four years with the Cleveland Cavaliers, but this wasn’t that much he had received from brand endorsements. Sports brand had to go for a stringer bid to secure him and it was Nike who signed him for 90 Million. It was a fair deal, though.

James soon became a popular and marketable player and joined Carmelo Anthony and Dwyane Wade as one of the NBA’s big attractions. he has also played for the United States Olympic basketball team and won bronze and gold medals in 2004 and 2008 Olympics, respectively.

In 2012 and 2013, LeBron and The Miami Heat won the NBA championship. He was also voted MVP of both series. After he canceled the deal and returned to his home team and helped the Cavaliers to win their first NBA Championship in 2016.

Besides sports, he was also a brilliant businessman. He traded out to promote Beats headphones when the company forayed into the market for small stakes in the company. He made $30 million when Apple bought the company a few years ago.

LeBron James gets an annual salary of $31 million from NBA plus he makes lots of money from brand endorsements. James is married to Savannah Brinson, his high school sweetheart.  He proposed to her on December 31, 2011, and they got married on September 14, 2013, in San Diego. They have three children together.

He lives in a 9,350 square-foot mansion in Brentwood, Los Angeles, designed by architect Ken Ungar. The mansion is now worth $21 million. He is a car freak having a huge collection of fascinating cars in his garage. LeBron owns a Lamborghini Aventador, a Porsche 911 Turbo S, a Hummer H2, a Mercedes-Benz S63 AMG, and a Ferrari F430 Spider among others.

LeBron James is a good philanthropist and an active supporter of the Boys & Girls Club of America, Children’s Defense Fund, and ONEXONE. He has his own charity “The LeBron James Family Foundation.” In 2015, James partnered with the University of Akron to provide scholarships for up to 2,300 children beginning in 2021. 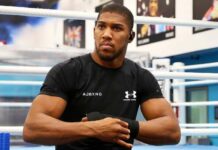 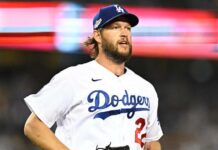