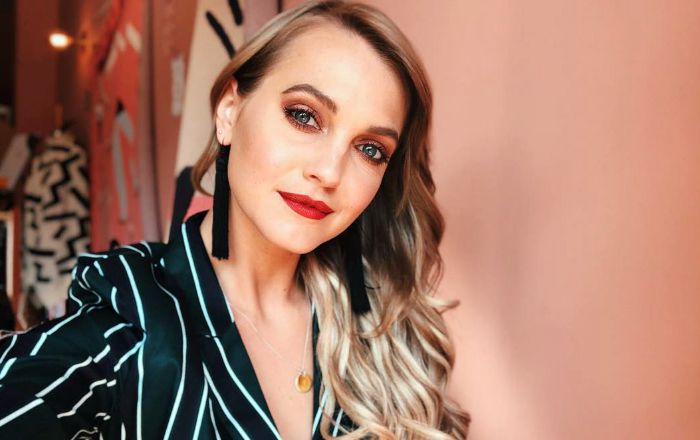 Leandie du Randt is a popular South African actress best known for her roles as Emma in Hunting Emma, Margot in die Windpomp, and Trix in Thys & Trix. She is known for her portrayal of Ivanka Gouws in the famous soap Binnelanders. In addition to being an actress, she is also a motivational speaker and has made a number of appearances throughout her career.

Speaking about her family and personal life, there are not many known details about her parents as well as her childhood. She has one older brother.

Leandie du Randt married actor and director, Bouwer Bosch in November 2015 in a private ceremony attended by family and friends.

Leandie du Randt made her acting debut in 2010 in the drama film, Henley-on-Klip, in which she played the role of Meraai. The film was based on true events about a bus ramp that took place at the hometown of Henley-on-Klip in Gauteng, South Africa 28 January 1970.

She was cast in the lead role in the action thriller movie, Hunting Emma (originally titled Jagveld) and in the South African romantic drama movie, Die Windpomp.

As of 2023, Leandie du Randt has an estimated net worth of $4 million dollars.

Leandie received a scholarship for 6 weeks drama course in the Brümilda van Rensburg’s where she learned acting. During this time, she decided to pursue a career in acting.

In 2014 she was named Best Actress for her role in Die Windpomp at the kykNET ‘s silver screen festival.

She launched her first book Easy in Your Own Drug by Struik Lifestyle in May 2014.

As a motivational speaker, she has made over 60 stage appearances along with Irene-Louise van Wyk in her nationwide tour #NoOneCanBeatYouAtBeingYou during the year 2016.

Leandie launched her own line of clothing called SKOONMA in May 2017. The label offers an exclusive range of apparel and fashion accessories.

She hosted two seasons of the weight-loss reality program SLANK at KYkNet in 2016 and 2017.

In November 2017, Leandie was named as one of GLAMOR magazine’s WOMEN OF THE YEAR in the FILM category.

In 2011, she managed to earn her license as a practicing psychometrist.