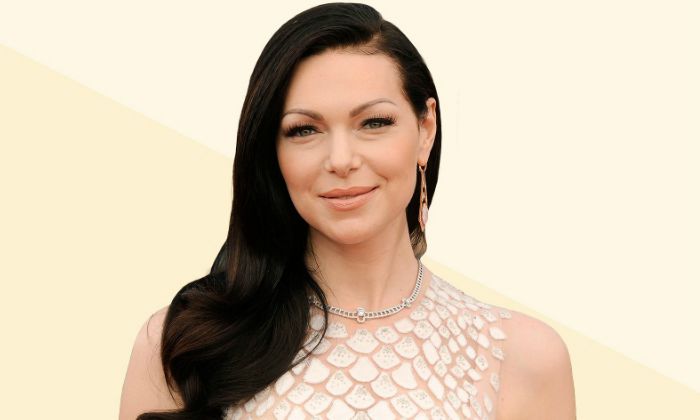 Laura Prepon is an American actress, director, and author who gained immense popularity for her acting role as Donna Pinciotti, in the Emmy award-winning Fox sitcom ‘That ’70s Show’. The show, not only launched her career as an actress but also cultivated the likes of regular TV watchers. Furthermore, her portrayal of Alex Vause in the Netflix critically acclaimed comedy-drama series ‘Orange Is the New Black’ made her a household name among American audiences.

She is also known for her starring roles in popular American soaps like ‘October Road’, ‘How I Met Your Mother’, and ‘Are You There, Chelsea?’. In addition to her successful television career, Laura has acted in a handful of noteworthy movies including the romantic drama Come Early Morning (2006), the comedy Lay the Favorite (2012), the thriller The Girl on the Train (2016), and the drama The Hero (2017).

Laura Prepon was born on the 7th of March 1980, in Watchung, New Jersey, United States of America. She is currently 42 years old.

Laura Prepon is the daughter of an orthopedic surgeon, Michael Prepon, and his wife Marjorie (née Coll), who was a high school teacher. She has four older siblings, three sisters, Danielle, Jocelyn, and Stephanie, and one brother, Brad Prepon.

Laura’s great-great-grandfather William Carr was the son of Joseph Bradford Carr, who was a prominent Union Army general during the Civil War.

Preporn studied at Watchung Hills Regional High School in New Jersey until 1995. After that, she became interested in acting and enrolled at the Total Theatre Lab in New York City to study acting. In the interim, she also studied ballet, jazz, and modern dance while appearing in stage productions of A Woman of Property and Ascension Day.

Laura Prepon is married to her husband, actor Ben Foster since June 2018. The couple got engaged in October 2016and they welcomed their first child, a daughter named Ella, in August 2017.

Prior to her marriage, she had a long-term relationship with Christopher Masterson from 1999 to 2007. She also dated actor Scott Michael Foster from 2008 until 2013 and hooked up with American singer Anthony Kiedis in July 2008.

Laura Prepon made her acting debut in the 2001 independent film called ‘Southlander’, a Steve Hanft’s musical comedy-drama. She played the character of Seven Equals Five, a young TV telepathic, alongside Beck and Beth Orton and Hank Williams III.

Laura fell in love with acting during her pre-teens and studied acting and dance, hoping to become an actor. Prepon landed her first acting gig, the role of Donna Pinciotti, an attractive and tomboyish feminist, who is the love interest of Eric Forman (Topher Grace).

The sitcom portrayed the life of a group of Wisconsin teenagers growing up in the 1970s. She received three Teen Choice nominations in different categories, however, she didn’t win one for herself. The prestigious Emmy Award-wining sitcom also had actors Ashton Kutcher and Mila Kunis in the lead roles.

With no doubt, her part in the Fox sitcom That ’70s Show sparked her career and cultivated a huge fan following among the American TV watchers. The success of the sitcom along with her outstanding performance landed her eminent roles on the ABC series October Road (2007-08) and a recurring spot on CBS’s How I Met Your Mother (2009-10).

She then played Alex Vause, a former drug importer, and girlfriend of Piper Chapman, in the Netflix original comedy-drama series Orange Is the New Black from 2013 until 2019. The show became a huge hit, garnering a number of Emmy Award nominations, also earning Prepon two Satellite Awards and Screen Actors Guild Awards. The series is based on Piper Kerman’s memoir Orange Is the New Black: My Year in a Women’s Prison.

The stunningly beautiful actress has accumulated a net worth of $12 million, as of 2023. In addition to her illustrious acting career, she also makes a handsome amount of money from brand endorsements and public appearances.

She started out as a model and has traveled throughout the globe for modeling assignments including Paris, Milan, and Brazil.

After modeling for quite a while, she quit modeling stating “It was kind of exciting at first, but then I realized it wasn’t what I wanted. I knew I wanted to act.”

She appeared in a TV commercial for MCI, her first acting gig, in which she kissed a frog.

The Canadian film and TV actor Scott Speedman is her celebrity crush.

She divides her time between Watchung, New Jersey, and Los Angeles, California.

Her role models are Nicole Kidman and Gwyneth Paltrow.

Laura is close friends with Taylor Schilling and Natasha Lyonne.

She is a natural redhead and she dyed her hair black for the role of Alex Vause in Orange Is the New Black.

She has an eponymous YouTube channel where she uploads videos on a healthy lifestyle, recipes, and a Q&A section. Her channel has over 220k subscribers.

Though being raised as a Catholic, she began practicing Scientologist in 1999. In 2021, she announced that she had not practiced Scientology since 2016.