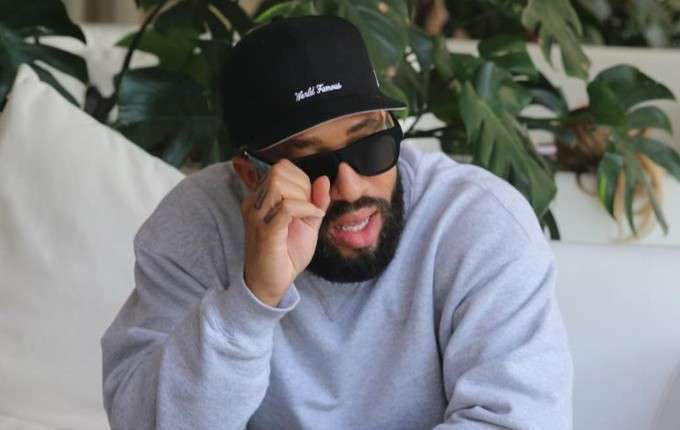 Larry June is an American rapper and independent artist. He is best known for his chart-busting songs, Glock 40, Rookie of the Year, Max Pain, to name a few. He is also an entrepreneur owning the lifestyle brand The FreeMinded. June has toured with musicians such as Berner, cousin Stizz, Post Malone, and Rapper Asher Roth.

Throughout his career as a rapper, he has issued numerous albums, including the likes of Very Peaceful, Mr. Midnight, Out the Trunk, Adjust to the Game, and Orange Print. He has an impressive fan base on Twitter, Instagram, and Youtube.

There isn’t much information available about Larry’s early life. His parents were still a teenager when they brought him into the world. His father is a rapper and owned the independent rap label The Road Records. He was his early influence as he used to take to the recording studio when he was young. He lived in San Fransico until the age of 4 and then moved to Atlanta, Georgia with his mother. His mother was also a singer.

Growing up, he used to spend his time with his father who lived in the Bay Area, and his mother in Atlanta.

He attended Jesse Bethel High School in Vallejo, California but he was kicked out of the school as he was behind the normal attendance.

Larry June is known to be secretive when it comes to his romantic life. He loves to keep that aspect of his life or dating history to himself. He became a father at age 20 and he has a son. Details about his wife or girlfriend and his son are not revealed yet.

Best known as a rapper, Larry June has released several albums over the course of his illustrious rapping career. His most recent album “Orange Print” became his first album to chart on the US Billboard chart, peaking at number 125.

Some of his stand-out albums are Very Peaceful, Early Bird, Mr. Midnight, Out the Trunk, Adjust to the Game, and Orange Print.

Not much is known about Larry June’s net worth right now. But thanks to his long and fruitful career, he’s rolling in the dough and expects his net worth to rise!

He began rapping at age 8, and at age 15, he released his first mixtape.

As he grew older, he’d release several albums that would eventually lead him to tour with big names in the pop industry like Asher Roth, Post Malone, and Cousin Stizz.

The California native was previously signed to Warner Bros.

In his music, we can sense the blend of Bay Area music and the southern roots.