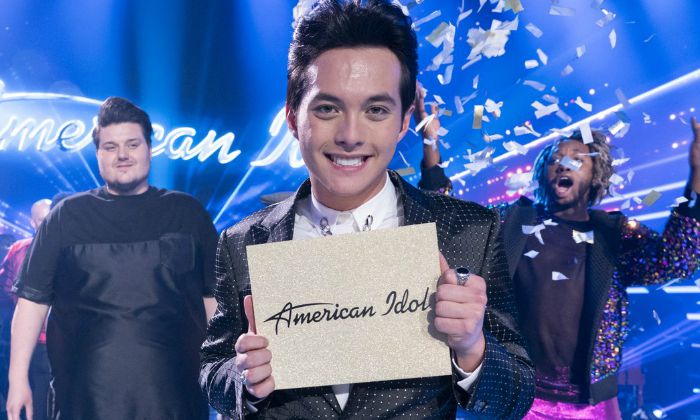 The Louisiana native Laine Hardy was crowned the winner for ABC’s second season of Idol.

The Sunday finale saw mind-blowing performances from the three finalists as well as the rest of the top 10 contestants. Judges Katy Perry, Lionel Richie, and Luke Bryan set the stage on fire with power-packed performances. The finale also saw Carrie Underwood and Adam Lambert renditions as well.

In the finale, Madison performed the rendition of “Shallow” by Lady Gaga and Bradley Cooper and “Breakaway” by Kelly Clarkson. Though Madison received praise for her performance, she was eliminated from the competition.

Alejandro stunned the judges and audience with original songs “Millennial Love” and “Tonight”. Laine performed “Home” by Marc Broussard and “Jambalaya (On the Bayou)” by Hank Williams. They both were voted to the top 2.

For the final performance, Alejandro sang his original song “Out Loud” while Laine sang Sam Cookie’s “Bring It on Home to Me”, an ever classical piece, to win the competition.