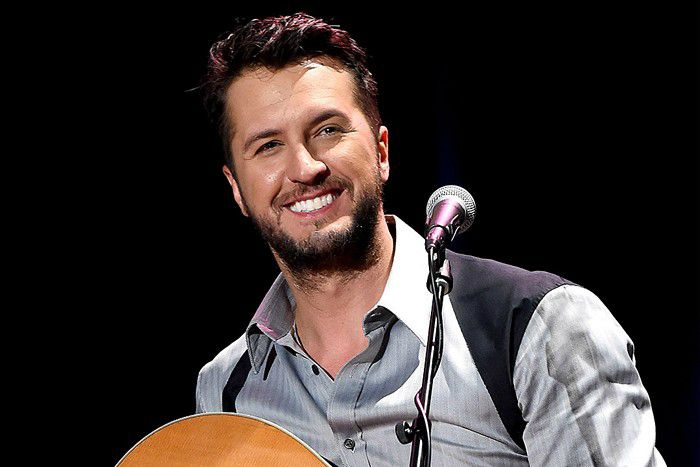 Luke Bryan is a famous country singer and songwriter from Leesburg, Georgia, who is probably known for his hit singles, “The Only Way I Know”, “Play It Again”, “Home Alone Tonight”, ” Light It Up” and “Most People Are Good”. He has released six albums as of 2018.

Bryan won the Academy of Country Music Awards, the Country Music Association Awards “Entertainer of the Year” awards. He has sold more than seven million albums, 27 million tracks, and has 16 No. 1 hit singles to his credit.

Luke Bryan was born on the 17th of July 1976, in Leesburg, Georgia, United States of America. He’s currently 45 years old.

Luke is the youngest child of LeClaire and Tommy Bryan, a peanut farmer. He had two older siblings, Chris, and Kelly Cheshire, who both died in unfortunate incidents.

Luke Bryan attended Lee County High School and graduated from Georgia Southern University in Statesboro with a bachelor’s degree in business administration in 1999.

Bryan released his debut single, “All My Friends Say”, in 2007 which peaked at number 5 on the Hot Country Songs chart. His debut album, “I’ll Stay Me”, was released on August 14, 2007, under Capitol Nashville label.  He wrote or co-wrote all but one of its 11 songs. The album’s second single, “We Rode in Trucks”, peaked at number 33 while “Country Man” reached number 10 with the album itself managed to reach the no. 2 positions on the US Country chart.

Bryan has released six studio albums as of 2017, including –

In 2007,  Bryan appeared in the “Biscuits and Jam” episode of the family reality series, Throwdown with Bobby Flay.

Luke Bryan is one of the most successful and renowned country singers of our time. He has recorded and delivered many successful albums with more than a dozen hit singles.

Bryan started his music career in his teens.

He moved to Nashville in 2007 and took various jobs before signing to a recording label called Capitol Nashville.

He worked with singer Billy Currington with whom he co-wrote the single “Good Directions”, which peaked at number one on the Hot Country Songs chart in mid-2007.

Bryan achieved huge success with the release of his third studio album, “Tailgates & Tanlines” in August 2011. The album peaked at number one on the Top Country Albums chart and number two on the Billboard 200 chart. All of its three new singles ‘I Don’t Want This Night to End’, ‘Drunk on You’, and ‘Kiss Tomorrow Goodbye’ reached number one on the country music charts.

His fifth album, “Kill the Lights”, saw immense success and received an overwhelming response from the audience. The album spawned six hit singles all of which have reached number one on the Billboard Country Airplay chart, making Bryan the first artist in the 27-year history of the chart to achieve six number-one singles from one album.

In 2016, Bryan was one of the 30 artists to perform on “Forever Country”, a mash-up track of “Take Me Home, Country Roads”, “On the Road Again” and “I Will Always Love You” which celebrates 50 years of the CMA Awards.

Bryan was a judge for the revival of American Idol on ABC since 2017.

Luke is the co-owner of Buck Commander, which sells outdoor attire and equipment.

He has supported numerous charities and causes, including the City of Hope and the Red Cross.

He has won the ‘Artist of the Year’ award a couple of times in various award shows including American Country Countdown Awards, American Music Awards, Billboard Music Awards, and so on.