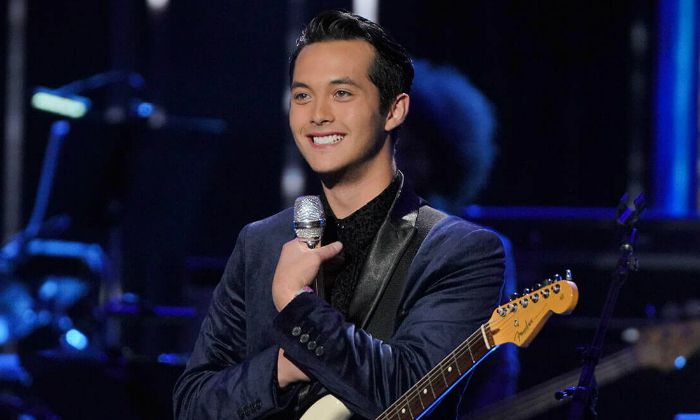 Laine Hardy is an American pop singer and songwriter from Louisiana, probably known for winning the 17th season of the reality singing competition American Idol. Apparently, Idol isn’t new for him as he had already appeared on the inaugural season of the ABC revival of the show, but he couldn’t make it through the Top 20. He’s a fan favorite contestant in this season.

Laine Hardy was born on the 12th of September of 2000, in Livingston, Louisiana, United States of America. He’s currently 21 years old.

Talking about Laine Hardy’s early life, very limited information is available about his parents and childhood. He is the son of Louisiana native couple Barry and Cindy Lou Hardy. Other than that, there are no details about his siblings or relatives.

On the educational front, he attended French Settlement High School in Louisiana.

Laine is kind of a person who rarely opens about his personal life and thus we could hardly find any information related to his past or present relationships.

Laine released his debut EP entitled “In The Bayou” in 2018, which features three songs: “Hurricane,” “Louisiana Lady” and “In The Bayou.” That same year, he also released a song called “Blue Christmas”.

Hardy auditioned in the 16th season of the reality show, American Idol, in 2018, with a cover of the song ‘Hurricane” by the Band of Heathens. He advanced until the final judgment of the show but he couldn’t pass through it and was eventually eliminated from the show.

He returned to the 17th season of the show, American Idol, but this time not as a contestant. He came to play for his friend, Ashton Gill, for her audition. Remembering his performance from the previous season, the judges asked him to perform a song. He performed the rendition of The Band’s ‘The Weight’. Impressed by his performance, the judge granted him a ticket to the Hollywood round.

Hardy continued to impress the judges in every passing round and made it to the top five contestants of this season. In the Top 6, he sang “I Don’t Need Do Doctor” by Ray Charles and “Johnny B. Goode” by Chuck Berry.

He rose to fame with his appearance on the 17th season of the American Idol.

He started his professional music career at the age of seven when he began taking guitar lessons from a music shop owner, Jody Mayeux, near his hometown.

He took guitar lessons until he was 13 years old.

Growing up, he listened to the old country, classic rock, swamp pop, which helped him adapt to various musical genres.

He formed a music group called The Band Hardy with his brother Kyle, cousin Trent, and a couple of their friends in 2016. They used to perform at local bars and events.

Hardy has his own line of merchandise, where he sells t-shirts, hats, and many others. Most of the products boast his name.

He is a self-made musician and has no professional singing training. He only started singing when he formed the music band.

When he started singing, he used to go into the woods to perform songs.

He made it to the finals of the Idol alongside Alejandro Aranda and Madison VanDenburg.

Hardy has performed the renditions of Presley, Bruno Mars, Sam Cooke, The Band, The Beatles, The Black Crowes, The Band of Heathens, and Roger Miller throughout this season of American Idol.