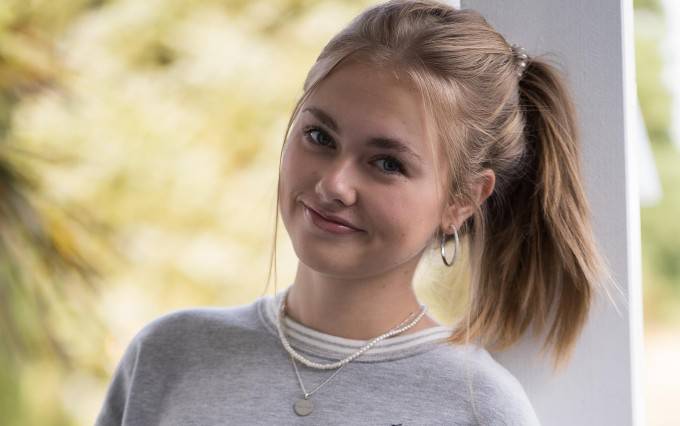 Laila Ziegler is a German actress and model who is best recognized for her starring roles in TV shows such as Beste Schwestern and Mein Lotta-Leben. She stepped into the acting scene in 2017 with the TV show WOW – Die Entdeckerzone. Though she is in her late teens, the actress has already earned a reputation for herself in her home country, thanks to her acting credits. Some of her famous works include Mein Lotta-Leben: Alles Tschaka mit Alpaka!, Rabenmütter, and Pastewka.

She is of German descent.

Though not much is known about her parents or her siblings, she was raised in Rhineland-Palatinate, a province in Germany.

As far as her education is concerned, she attended the Edith-Stein-Gymnasium in Speyer. In addition, she has also attended several acting workshops between 2016 and 2017.

She began her career when she was 10 years old

Laila landed her first major role in 2018 in the feature film Mein Lotta-Leben – Alles Bingo mit Flamingo, the film adaptation of the famous children’s book series by Alice Pantermüller. She played the role of the imaginary Berenike von Bödecker.

She released her first single “Immer Weiter” in October 2021. Her second single “Superhero” arrived in 2022.

She has modeled for brands like C&A, s. Oliver and Staccato.