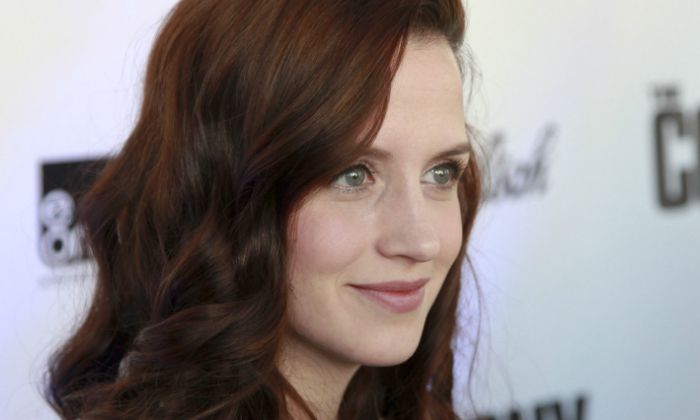 Who is Kimberly-Sue Murray?

Kimberly-Sue Murray is a Canadian actress who caught the spotlight after playing Danika Dubov in the Netflix fantasy web series V-Wars. The Quebec native has already made a mark in the show business through her stellar portrayals in Crimson Peak, The Lizzie Borden Chronicles, and Perfect Romance. Her selected television works include Being Human, Murdoch Mysteries, Beauty and the Beast and The Listener. In 2019, she played the character of Seelie Queen Amara on Freeform’s supernatural horror series Shadowhunters.

Kimberly-Sue Murray was born on the 3rd of November 1988, in Gaspe, Quebec, Canada. She is currently 31 years old.

While there are not many details available about her parents and siblings, we can certainly say that she has lived in her hometown of Gaspe her entire early life.

Kimberly-Sue Murray is in a relationship with cinematographer Ian Macmillan.

Kimberly-Sue Murray made her acting debut as Margie in the 2012 drama film “Tree Line.” Written and directed by Nicholas Kinsey, the film revolves around the disappearance of a 60-year-old mother Meg Wilson (played by Rose Ryan). The film starred Kristin Wallace and Babak A. Motamed in the lead roles.

Murray’s early acting credits include portraying the character of Sherry in the short film called “To the Teeth” and starring as Angelface in “Rattan,” which is also a short film.

Murray’s first acting role came in 2010 when she played the role of Monica in the crime-drama TV movie “The Perfect Teacher.”

Two years later, she played Carmen in the TV mini-series “Charles Goes on a Date” and then starred as Emma in the drama fantasy series “Being Human” alongside Sam Witwer, Meaghan Rath, and Sam Huntington.

Kimberly-Sue Murray earned a lot of fame that eventually catapulted her to stardom status for her role as Danika Dubov in the Netflix drama sci-fi series V-Wars as well as portraying the character of Seelie Queen Amara in the supernatural horror series Shadowhunters.

Though she had been a part of several TV shows and films, one can easily say that these two roles are apparently her breakthrough roles in more than a decade of her acting career.

A funny conversation about actors with her cousin at the age of nine years old instilled an interest in acting into her.

Having grown up in the Eastern Townships of Quebec, there aren’t many options to pursue acting, so her mother used to drive her to Quebec City and Montreal for open casting calls for roles on French television.

As an aspiring actor, she moved to Montreal at age 17 to study professional theatre at Dawson College and then relocated to Toronto where she attended the Canadian Film Centre Actors Conservatory.

She auditioned for a role in a television movie called The Perfect Teacher and subsequently got selected for the role. That was her first acting gif and the rest is history.

She is a huge fan of the vampire genre and Buffy, Twilight, and True Blood are some of her favorite movies that fall in that category.

Her motto in life is “Be unapologetically yourself.”

Murray won the Brian Linehan Actor Award for her work in the short film ‘She Came Knocking’, which she co-wrote, produced and starred in.

She had starred alongside Katherine McNamara in Shadowhunters.