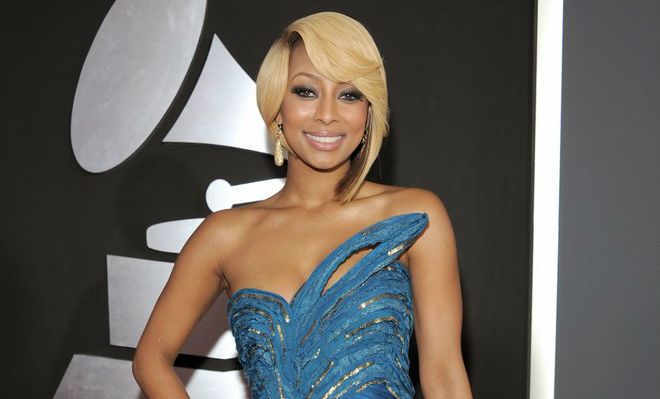 Keri Hilson is a well-recognized American singer and actress who has made the leap to international fame with her debut album “In a Perfect World…”, which peaked at number four on the Billboard 200. The album’s hit singles, “Knock You Down”, “Turnin Me On” and “I Like” gained her two Grammy Award nominations. She has also appeared in movies like Think Like a Man and Almost Christmas, thanks to her good looks.

Keri Hilson was born on the 5th of December 1982, in Decatur, Georgia, United States of America. She’s currently 40 years old.

Keri Hilson hails from a big family of eight. Though her parents’ identity is unknown, her mother owns and runs a daycare center while her father was a US Army veteran.

She has five siblings, four sisters and a brother. Her sisters are Kaycee, Kelsee, Kelly, and Kye and Kip Hilson is her brother.

Keri Hilson attended Oxford College at Emory University in Atlanta to study theater. However, she didn’t complete her course as she had secured a record deal in her senior year.

She was previously in a relationship with NBA star Serge Ibaka from 2012 to 2016. She also dated Lil Wayne, Soulja Boy, and Trey Songz in the past.

Keri Hilson released her debut studio album, In a Perfect World…, on March 24, 2009. The album charted at number four on the Billboard 200, and number one on the Top R&B/Hip-Hop Albums. The album contained hit singles, “Knock You Down”, “Turnin Me On” and “I Like”. She received two Grammy Award nominations for Best New Artist and Best Rap/Sung Collaboration for “Knock You Down”.

Her second album No Boys Allowed was released on December 21, 2010, and debuted at number eleven on the US Billboard 200.

Hilson made her acting debut as Heather in the romantic comedy movie, Think Like a Man.

Keri Hilson first appeared in the romantic drama TV series, One Life to Live, in 2007.

Keri Hilson has a net worth of $5 million dollars.

1. Hilson began her music career at the age of 14 when she signed a record deal with girl group D’Signe.

2. She spent most of her teenage years as a songwriter and background vocalist working with musicians such as Usher, Ludacris, Kelly Rowland, Toni Braxton, and Ciara.

3. She worked with the songwriting and production team, The Clutch, where she co-wrote songs for  Mary J. Blige’s “Take Me as I Am” and Britney Spears‘ “Gimme More”.

4. She made her singing debut with the single “The Way I Are” by Timbaland.

5. She has an Arabic dialect tattoo on her forearm which translates to ‘dream in color’ in English.

6. She loves shopping and spends a lot of money on shades, watches, candles, clothes, and bags.

7. In 2008, Hilson appeared in the music videos for Usher’s single, “Love in This Club”, and Ne-Yo’s single, “Miss Independent”.

8. In 2010, she replaced Jennifer Hudson as the new face of the cosmetics and personal care products company, Avon

9. That same year, she won the NAACP Image Award for Outstanding New Artist.

10. In 2011, she was honored with the Get Schooled Award for her philanthropic work in the field.

11. In June 2011, she was made the ambassador of MTV Staying Alive, a foundation that aims to raise awareness about the prevention of HIV and AIDS.

12. She has toured across most of the US, Europe, and Australia.