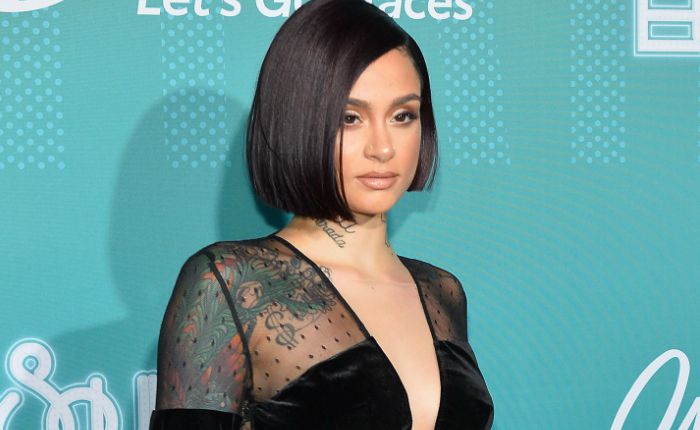 Finishing fourth in the sixth season of the reality TV show America’s Got Talent, singer and Songwriter Kehlani gained a lot of attention of the American audiences. She made her mark in the music industry with the release of her first mixtape, Cloud 19, which apparently named as one of the Complex’s “50 Best Albums of 2014.”

Following the success of the mixtape, she went on to release two more mixtapes and many tracks, including her debut studio album “SweetSexySavage,” which was released in January 2017. The album managed to peak at #3 on the US Billboard and topped the US R&B/Hip-hop chart. Besides singing, she is also an amazing dancer, who in her early career wanted to make a career out of it. Today, the contemporary R&B singer is one of the most popular artists out there, who holds a massive 7.5 million followers on Instagram.

Kehlani was born on April 24, 1995, in Oakland, California, United States. She is currently 26 years old.

Unfortunately, not much is known about her parents. She was raised by her aunt because her father died when she was a toddler, and her mother, a drug addict, was in and out of the prison. Her father was also bedeviled by drug addiction. She describes her ethnicity as a mix of “black, white, Native American, Filipino, Mexican, and Spanish.” Her father is of African-American while her mother has white, Spanish, and Native American roots.

Kehlani is the only child of her parents. She studied dance at the Oakland School for the Arts, with a primary focus on ballet and modern dance. The Oakland native wanted to become a dancer right from an early age but a knee injury she suffered in her junior high, halted her dream and shifted her focus towards singing.

Kehlani identifies herself as queer and pansexual. She confirmed her sexual preference through a tweet in 2018, saying “I’m queer. Not bi, not straight. I’m attracted to women, men REALLY attracted to queer men, non-binary people, intersex people, trans people.”

She has dated people of all genders, Starting off, she was in a relationship with rapper PartyNextDoor from 2014 until 2016. It was an on-and-off kind of relationship. Meanwhile, she was also dating basketball star Kyrie Irving in late 2015. They confirmed their relationship in January 2016 by posting a picture of them having fun together on social media.

She faced a massive backlash when PartyNextDoor posted a picture of her in his bed in March 2016, because Irving fans assumed that she was cheating on him. Irving later confirmed that they already had ended their relationship, but people didn’t stop pouring anger and hate on her. She attempted suicide the very next day but survived. She later explained in a series of tweets that she did not cheat on Irving.

Kehlani had a short-lived relationship with artist Shaina Negrón in 2017. Some sources reported that she was dating rapper Dave East in later 2017 which reportedly ended in the summer of 2018. After that, several media reports claimed that she had dated singer Demi Lovato and singer Ella Mai in 2018, but those claims are believed to be rumors. In October 2018, she announced she was expecting her first child, a girl, with guitarist Javaughn Young-White.

Kehlani released her debut studio album called “SweetSexySavage” on January 27, 2017 via Atlantic Records. The album peaked at #3 on the US Billboard and #1 on the US Billboard’s Top R&B/Hip-Hop Albums. It was certified Gold by RIAA.

Besides, she has released two mixtapes, “Cloud 19” and “You Should Be Here”. Her third mixtape “While We Wait” is scheduled for release on February 22, 2019.

Kehlani made her first TV appearance as a guest star on the talk show Skee TV in 2015.

She gained immense popularity and fame for her mixtapes, “Cloud 19” and “You Should Be Here”.

As of 2022, Kehlani has a net worth of $3 million. She lives in a luxury house in Oakland, California and owns an exotic car manufacture by Porsche.

Kehlani got her start as a singer after she became a member and lead vocalist of the band Poplyfe.

She left Poplyfe following some disputes with the band and embarked on a solo career.

She released her first music track ANTISUMMERLUV on SounCloud. After listening to the track, Nick Cannon, who had been a host on America’s Got Talent, called her and offered an apartment in Los Angeles along with studio time.

She has inked a lot of tattoos all over her body. At age 16, she got her first tattoo. Some of her tattoos include Coraline, Regina “Reggie” Rocket, Mia Wallace and Vincent Vega dancing, Lauryn Hill, Frida Kahlo, and many more.

Rapper Clyde Carson is her cousin.