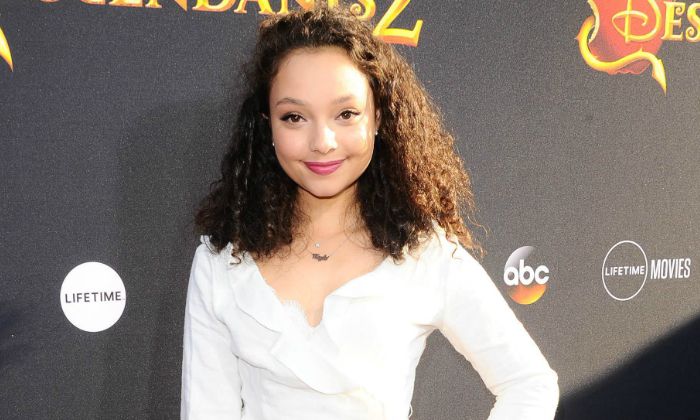 American actress who gained a lot of fame for portraying the character Georgie Diaz in Disney Channel’s Stuck in the Middle. Kayla Maisonet won the Best Performance in a TV Series – Recurring Young Actress at the 35th Young Artist awards for her recurring role in the Disney Channel sitcom Dog with a Blog.

She played Lilly on Nickelodeon’s Haunted Hathaways and Izzy on ABC’s Speechless. The budding starlet has a large following on Instagram where she has accumulated over 1.5 million followers.

Kayla Maisonet was born on the 20th of June 1999, in New York City, New York, United States of America. She is currently 22 years old.

Not much is known about her family due to scarce resources. She comes from a small family. Her mother’s name is Amanda Maisonet. She has one older brother with whom she was raised in New Jersey.

Kayla graduated from High School in March 2017. She hasn’t yet revealed anything about whether she is going to attend college or continue acting.

Though Kayla has not dated anyone in the public arena, she was tagged romantically with fellow Disney star Nathaniel Potvin in the past. The rumors about her dating Potvin sparkled when they appeared on many red carpet events together and they didn’t stop with it.

The two also share a lot of their pictures being together and hanging out on Instagram. The fact is that even their fans suspected them to be dating but neither of them confirmed nor denied the claim. Other than him, she was not linked with anyone else.

Kayla Maisonet is yet to appear in a full-length feature film. But, nevertheless, she starred as Bella in a short film called “A New York Fairy Tale” in 2011. The actress is still in the early phase of her career and has a long way to go.

Kayla’s first television credits came in an unsold television pilot of the show Shmagreggie Saves the World in 2012.

That same yer, she landed a recurring role in the comedy series, Dog with a Blog. She played the role of Lindsay in the series, which aired on Disney Channel from 2012 through 2015.

Kayla’s first major breakthrough came in 2012 when she was selected for a recurring role in the ‘Disney’ comedy series “Dog with a Blog”. Her portrayal of Lindsay, a weird girl with some inexplicable habits and the best friend of the leading lady, won the likes of the audiences. She became an overnight sensation. She won her first-ever award in the category “Best Performance in a TV series- Recurring Young Actress” at the 35th Young Artist Awards.

Several other crucial roles followed by the success of her role Lindsay in Dog with a Blog. In 2016, she went for an audition for a lead role in Disney’s sitcom called “Stuck in the Middle”. Kayla was eventually selected to play one of the lead roles, Georgie Diaz, a sports fanatic and the elder daughter of the lead family in the series. She received critical acclaim and rave reviews for her performance in the series.

Unfortunately, the young and bubbly actress hasn’t revealed anything about her net worth or salary as of now. She is still a newbie in the world of entertainment, and definitely, she is going to reach places. Having been booked in some hit shows, her net worth is expected to be pretty decent though.

Apart from acting, Kayla is also a good dancer. She has been dancing since she was five years old.

She developed an interest in acting at a very early age, so her family moved to Los Angeles to pursue her acting career when she was 12 years old.

Kayla has appeared off-Broadway, including a dual lead role appearance in the show Hannah.

She suffered bullying as a kid and is against bullying.