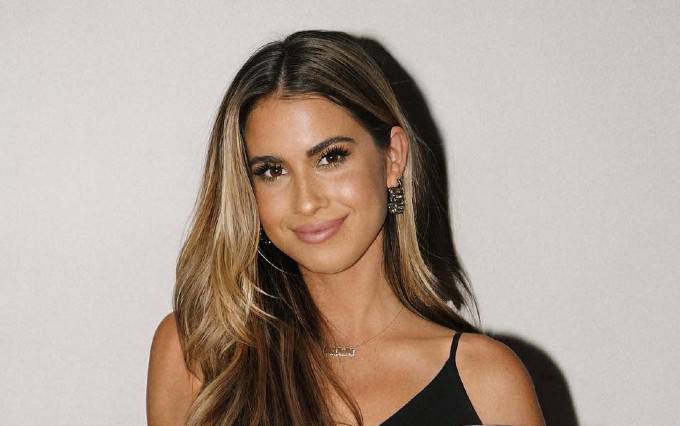 Katelyn Jae is an American singer and songwriter. She attained popularity just not because of her profession but due to her relationship and marriage. She is the wife of American singer Kane Brown, a widely popular country singer whose credits include Billboard’s top-charting album Experiment (2018) and a number of chart-busting singles. Katelyn and Kane began dating in 2017 and got married the following year and they have two children together. Beyond Katelyn’s relationship with the world’s popular singer, there’s a lot more in store. Here’s everything you need to know about Katelyn Jae.

Very little is known about Katelyn’s life prior to her rise to fame. She was born on June 19, 1992, and grew up in Chester Springs, a suburb of Philadelphia, Pennsylvania. She has two brothers. Her parents divorced when she was young and her mother, Karen Cerami, raised her and her brothers as a single mother before she married Pennsylvania Congressman Jim Gerlach.

She studied at Downingtown High School and later enrolled at West Chester University. She went to college for one year and dropped out a year later. Katelyn graduated from The Berklee College of Music’s Online Music Business with a music business major in 2019.

Katelyn Jae is married to country singer Kane Brown since 2018. They first met in 2015 and their engagement happened in April 2017. The couple tied the knot on October 12, 2018, at Mint Springs Farm in Nolensville, Tennessee, amid the presence of a few guests and attendees. She gave birth to her first child, a daughter Kingsley Rose Brown, on October 29, 2019, and their second daughter Kodi Jane was born on December 30, 2021. She is a year older than her husband.

Growing up, she took piano and vocal classes.

She was a part of the school choir while attending Downingtown High School and when she was 11 years old, her choir teacher suggested to her parents that she would take singing classes.

In 2012, she participated in the first season of “Take The Stage,” an online singing competition, and won $20,000 for winning that competition.

Katelyn won the first season of YOBI.tv and MySpace’s “Take the Stage” contest.

She is represented by Wright Entertainment Group.