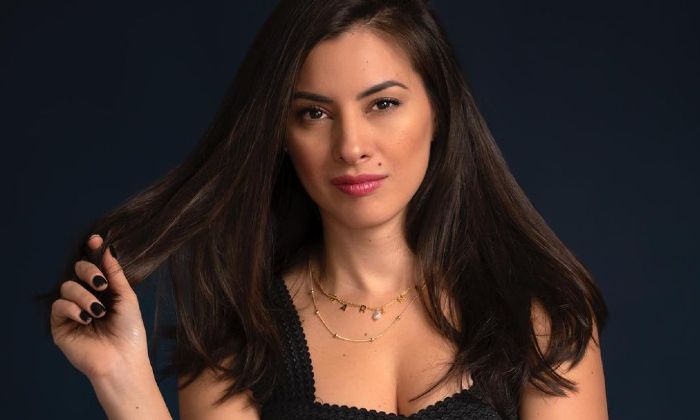 Mexican sportscaster and TV host who has gained a lot of fame lately for covering sports events on ESPN. Kary Correa joined ESPN in 2010 and since then she has been making a buzz in her home country, thanks to her gorgeous looks and outspoken attitude. She has covered several sports events such as SuperBowl, Acapulco Tennis Open, and boxing matches. She’s currently serving as an anchor of SportsCenter, and co-host of Los Capitanes and NFL Semanal. Kary’s well-liked among the television audience, leading to a huge online presence with over 300 thousand Instagram followers.

Kary Correa was born on the 10th of October 1985, in Mexico City, Mexico. She is currently 36 years old.

Unfortunately, there isn’t too much information about Kary’s family life available right now, including the identities of her parents. She likes to keep every aspect of her personal life to herself. What may shed some light on the matter of her siblings is that she was raised with her two siblings, whose identities are also unknown.

Concerning her educational background, she holds a degree in Dramatic Art from CEFAC (Centro de Formación Actoral de TV Azteca), one of the prestigious acting schools out there. She also took acting lessons apart from being involved in theatre workshops.

Kary Correa has been working with ESPN since 2010, and over the years, she has covered various sports events including the SuperBowl, Acapulco Tennis Open, and boxing matches. She’s currently serving as anchor of SportsCenter, and co-host of Los Capitanes and NFL Semanal.

Before joining ESPN, she worked with a local television channel covering weather news and was the spokesperson of Latin American Idol.

Her first show with ESPN was Sudáfrica al día (Road to South Africa), which was a part of the World Cup 2010.

That same year, she graced the covers of ESPN magazine.

In 2014, during the World Cup, she hosted a television special called El Color de Brasil.