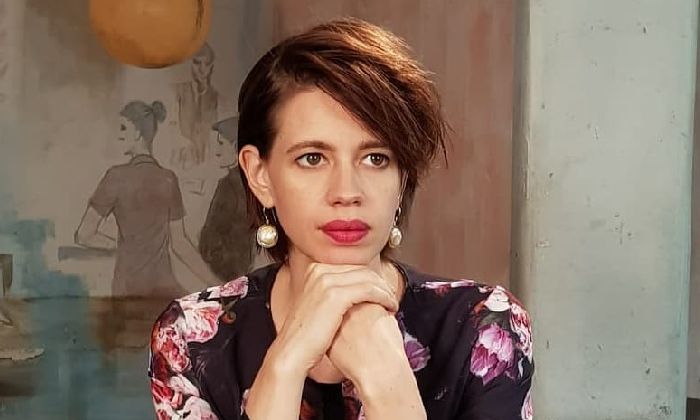 Kalki Koechlin is an Indian-born French actress, writer, and filmmaker, who got her mainstream break with Anurag Kashyap’s comedy romantic film, Dev.D, which earned her first Filmfare Award. She continued her success with major roles in Bollywood films such as Zindagi Na Milegi Dobara, Yeh Jawaani Hai Deewani, Margarita with a Straw, and Gully Boy.

Kalki has reached millions of people in India and beyond, thanks to her unique and unconventional style of acting. Besides her most popular film roles, she gained appreciation and praise for her portrayal of a lonely socialite Faiza in Prime Video’s Made in Heaven and a self-styled god-woman Batya in Netflix’s Sacred Games. Between her personal and professional life, Kalki Koechlin is able to reach women all over the world inspiring them to follow their dreams and passion.

Kalki Koechlin was born into a French family of Joël Koechlin and Françoise Armandie. Her parents are from Angers, France, who came to India as hippies in the 1970s and settled in a small village near Auroville, Pondicheery. Her parents, being an ardent devote of Sri Aurobindo, lived in Auroville for some years after Kalki was born and later moved to Kallatty, a village near Ooty in Tamil Nadu.

When she was 15 years old, her parents separated and eventually divorced. She continued to live with her mother while her father moved to Bangalore. Both her parents remarried later and she has one half-sibling from her parent’s respective remarriages.

For her education, she attended Hebron School, a boarding school in Ooty. She developed a strong interest in performing arts from a young age and her parents insisted that she attended university before pursuing acting. Following graduation, she moved to London and joined Goldsmiths, the University of London from which she majored in drama.

While in London, she also worked with a theater company, Theatre of Relativity, where starred in various plays, including David Hare’s “The Blue Room,” Marivaux’s “The Dispute,” and a devised play called “The Rise of the Wild Hunt”.

Kalki Koechlin and filmmaker Anurag Kashyap began dating while working together in the film Dev D. They tied the knots in April 2011. The couple separated after two years of married life and eventually divorced in 2015.

She then started dating Guy Hershberg, an Israeli musician. The couple welcomed their first child together, a daughter, Sappho on 7 February 2020. She was born through water birth.

Kalki’s career beginnings date back to 2009 when she landed her first acting role in Anurag Kashyap’s black comedy romantic movie Dev.D. The movie is a modern-day adaptation of Sarat Chandra Chattopadhyay’s 1917 Bengali novel Devdas, where she played the role of Leni, a young woman who turns to prostitution after a leaked sex tape scandal. Her performance in the film generally received praise which earned her the Filmfare Award for Best Supporting Actress.

Kalki’s career soon saw a dramatic growth that resulted in her starring in a number of films. She has appeared in movies such as Zindagi Na Milegi Dobara, Yeh Jawaani Hai Deewani, Margarita with a Straw, and Gully Boy. With more roles coming in her way, she gradually branched out to other mediums like television and web series.

In 2019, she appeared in two web series, playing Faiza, a lonely socialite in Prime Video’s Made in Heaven, and a self-styled godwoman in Netflix’s Sacred Games.

She’s the recipient of many prestigious awards, including a National Film Award, a Filmfare Award, and two Screen Awards.

Kalki Koechlin, obviously, is all about growth and looking forward. Her acting career has not only brought her a lot of attention but has also contributed to her wealth. Her net worth is currently estimated to be around $3 million, which is really impressive for someone who’s been in the business a decade, and it keeps growing.

Kalki Koechlin has garnered so much attention for herself in the industry she enjoys. With over a million followers each on Twitter and Instagram respectively, Kalki is a force to be reckoned with.

She has proved that success is possible for everyone if they are determinant in chasing their dreams. Kalki will continue to enjoy success by pursuing acting and will continue to inspire women to make their own dreams a reality.