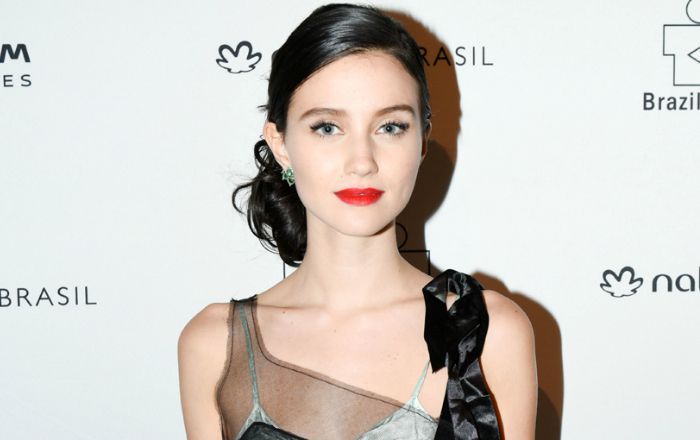 Julia Goldani Telles is a successful television actress who gained fame after portraying her character Whitney Solloway on the Showtime original series The Affair. She also starred as Sasha Torres on the short-lived ABC Family series Bunheads. In 2021, she portrayed Iris on Season three of the Starz series The Girlfriend Experience.

Julia attended Professional Children’s School in Manhattan, New York. She learned ballet at the School of American Ballet and Ballet Academy East. She stopped practicing ballet at the age of 15 after suffering injuries and later took acting lessons to pursue a career in acting.

Telles has kept her personal life under the wraps but still she is rumored to be in a relationship with her Slender Man co-star Alex Fitzalan.

Her television debut came in 2012 in a short-lived ABC Family series ‘Bunheads’ for her role as Sasha Torres.

Julia is immensely popular for her role as Whitney Solloway on the Showtime original series ‘The Affair’.

Julia’s net worth is estimated to be around $500 thousand dollars.

Born in Los Angeles, California, she moved to Rio de Janeiro with her parents when she was two years old.

She began studying ballet at the age of 5 and appeared in numerous ballet performances including Sleeping Beauty, Nutcracker, Don Quixote, and Swan Lake.

At the age of 15, she stopped practicing ballet for over a year after she suffered from tendonitis and labral tears in her hips.

She took acting classes as an alternative after learning that she wouldn’t go forward with ballet.

During this time, she’s introduced to an acting coach by her friend who in turn linked her with an agent, and she earned her first acting role on Bunheads in her first-ever audition.

In 2012 Telles appeared in the Nat & Alex Wolff music video for the song “Greatest Prize”.

She revealed that her celebrity crush is Andy Samberg.

In 2021, she joined the cast of The Girlfriend Experience on Starz, playing the lead role of Iris.