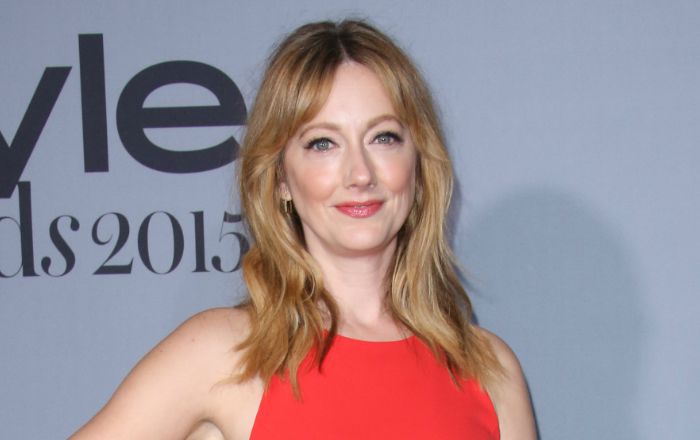 Judy Greer is an American actress best recognized for her roles as Kitty Sanchez in the comedy series ‘Arrested Development’ and Ingrid Nelson in the comedy series ‘It’s Always Sunny In Philadelphia’. She has been a part of several successful and high-profile films, including ‘The Village’, ‘The Descendants’,  ‘Carrie’, ‘Jurassic World’, ‘Halloween’, ‘Planet of the Apes’ reboot series, and ‘Ant-Man’ film series.

Judy Greer was born on the 20th of July 1975 in Detroit, Michigan, United States of America. She’s currently 46 years old.

Judy Greer is the daughter of Mollie Ann (née Greer), a hospital administrator, and Rich Evans, a mechanical engineer. She has German, English, Scottish, and Irish ancestry.

Judy graduated from Churchill High School, Livonia in 1993. She then attended the Theatre School at DePaul University, where she studied drama, graduating in 1997.

Judy Greer married Dean E. Johnsen, an executive producer of Real Time with Bill Maher on December 17, 2011, at the Los Angeles Athletic Club. With the marriage, she eventually became a stepmother of Dean’s two children from his previous marriage.

Judy Greer made her onscreen debut as Andrea with a romantic comedy film, ‘Kissing a Fool’ in 1998.

In 1997, she landed her first role in television in a drama series ‘Early Edition’, She played Cindy in the episode titled “Angels and Devils”.

She earned popularity and recognition for her role as Kitty Sanchez in the television series ‘Arrested Development’ as Kitty Sanchez. Her other well-known roles are Ingrid ‘Fatty Magoo’ Nelson in ‘It’s Always Sunny In Philadelphia’, Trixie in ‘Californication’, and Cheryl Tunt in the animated comedy ‘Archer’.

Her portrayal of Maggie Lang in the Marvel Cinematic Universe films Ant-Man (2015) and Ant-Man and the Wasp (2018).

She earned a lot of nominations for her acting role in the 2011 drama film ‘The Descendants’ including Gotham Awards and Satellite Awards.

Greer was raised in Redford Township and Livonia in Michigan.

She is good friends with actresses Aasha Davis and Kellymarie Demaray.

She was trained in classical Russian ballet for 10 years.

Judy loves knitting and she knitted a lot on the set of the television pilot “Dicks.”.

She started her acting career by appearing in small parts in television and films, before landing on big roles in films.

In 2014, Judy released her first book titled “I Don’t Know What You Know Me From-Confessions of a Co-Star.”

In 2011, Judy Greer was conferred with the John Cassavetes Independent Spirit Award at the 34th Starz Denver Film Festival for her role in the film ‘The Descendants’.

She has worked as a voice actress in many television series, including Beep in the Netflix animated series ‘Ask the StoryBots’ (2016-present), and in the spin-off series ‘StoryBots Super Songs’ and ‘A StoryBots Christmas’.

She will be next seen in a number of films, including the superhero film ‘Ant-Man and the Wasp’, the horror film ‘Halloween’, and the comedy-drama film ‘Where’d You Go, Bernadette’.