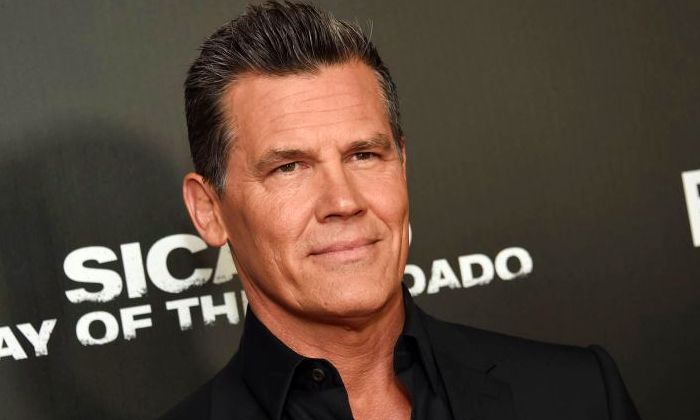 Josh Brolin is an American actor who is best recognized for his work as villain Thanos in the Marvel films Guardians of the Galaxy, Avengers: Age of Ultron, and Avengers: Infinity War. He received an Academy Award nomination for his role as Dan White in the film Milk. His other prominent roles in films include  Men in Black 3, Everest, Sicario, American Gangster, True Grit, Sin City: A Dame to Kill For, and Deadpool 2.

Josh Brolin is the son of Jane Cameron (Agee), a wildlife activist, and actor James Brolin. He has a younger sister named Jess Brolin, a younger half-sister, Molly Brolin, and an older stepbrother, Jason Gould.

Josh Brolin has been married thrice to date. He was first married to actress Alice Adair from 1988 until 1994. They have two children – a son named Trevor Mansur (b. June 1988) and a daughter named Eden Brolin (b. 1994).

Brolin was then married to his second wife, actress Diane Lane on August 15, 2004. They were together for nine years until their divorce was finalized in November 2013.

He later married his former assistant and model Kathryn Boyd on September 24, 2016. They have two daughters together named Westlyn Reign Brolin (b. November 4, 2018) and Chapel Grace Brolin (b. December 25, 2020).

In 1998, Brolin was in a relationship with actress Minnie Driver and they two got engaged in 2001. They called off their engagement after six months.

Josh Brolin made his feature film debut with the adventure comedy film The Goonies as Brandon “Brand” Walsh.

In 1986, he was cast in an episode of the TV series Highway to Heaven as Josh Bryant.

Best known for his role as Llewelyn Moss, a Vietnam veteran, in the 2007 American neo-western neo-noir thriller film, which is based on the novel of the same name by Cormac McCarthy.

Josh has worked with many brands over the years including Mercedes-Benz, Volvo S90 (voice-over), and Samsung Galaxy S8 ‘Travel Guide: Netflix’ (voice-over).

According to Celebrity Net Worth, Josh Brolin has a net worth of $45 million US dollars in 2023.

He was named after the character Josh Randall played by Steve McQueen on the television series Wanted: Dead or Alive (1958).

During his teenage years, Josh was a member of a surfing friendship group “Cito Rats”.

In an interview, Josh admitted to stealing cars to pay for his drug use, during his teenage years, but never got into it.  And, said that he lost many of his friends to drug addiction.

He had once aspired to be a chef.

Josh is a huge fan of John Cassavetes.

He turned down the role of Marcus Wright in Terminator Salvation (2009) which later went to Sam Worthington.

In 2008, he was one of 105 people invited to join the Academy of Motion Picture Arts and Sciences (AMPAS).

He loves racing cars and surfing in his free time.

He was a co-founder of the now-defunct stock trading website MarketProbability.com.