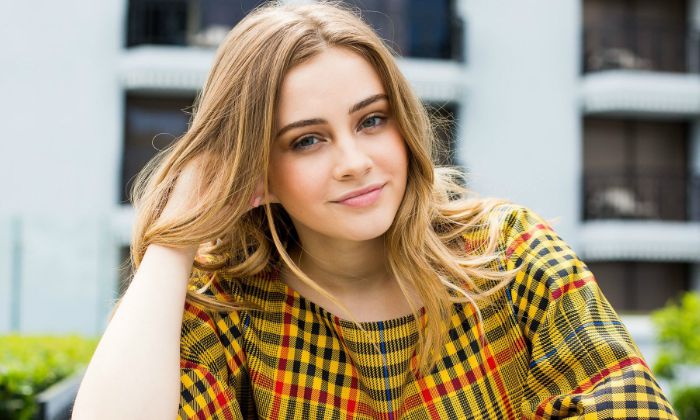 Josephine Langford is an Australian actress and model who has gained a lot of fame lately for her portrayal of Tessa Young in the romantic movie ‘After’ in 2019. Though the Aussie belle has only starred in less than a half-dozen movies, she has already established herself as a promising actress in the highly competitive industry.

Her other acting credits include ‘Sex Ed’, ‘Gypsy Blood’, ‘Wish Upon’, and ‘Wolf Creek.’ In 2019, she appeared in season one of Hulu’s horror anthology series, ‘Into the Dark’.

Josephine Langford was born on the 18th of August 1997, in Perth, Western Australia, Australia. She is currently 24 years old.

Josephine Langford is the youngest child of Australian parents, Elizabeth Langford, a pediatrician, and Stephen Langford, a flying doctor and director of medical services at the Royal Flying Doctor Service Western Operations. Her older sister is actress Katherine Langford. Information regarding her formal education is not available on the web, however, she studied acting at the Ali Roberts Studio to hone her acting skills.

Josephine might be single as she doesn’t share much about her personal life on social media. It’s likely that she is a very private person and has always managed to keep that part of her life away from the limelight. In fact, she and her sister Katherine do not talk too much in front of the tabloid press and they also do not post pictures of being together on Instagram.

Josephine’s first acting role was as a student in the 2017 Australian film ‘Pulse.’ Though it was a small role, she caught the attention of the critics and the movie itself received a nomination at the Australian Academy of Cinema and Television Arts Awards.

In fact, the year 2017 was a breakthrough year for her because shortly after making her onscreen debut, she landed a role in John R. Leonetti’s supernatural horror film, ‘Wish Upon’. This was her first major American movie, in which she portrayed the character named Darcie Chapman alongside Joey King, Ki Hong Lee, Sydney Park, Elisabeth Röhm, and Ryan Phillippe. She earned critical acclaim for her role in the film.

Reiterating, the year 2017 was a lucky year for Josephine, which also marked her entry into television. She played Emma Webber in the episodes ‘Journey’ and ‘Outback’ of the AACTA award-winning series ‘Wolf Creek’.

Without a doubt, her part in the American movies ‘Wish Upon’ and ‘After’ is considered as her best in her career that also offered a significant boost to her career. Her performances in both movies were highly lauded by critics, earning her a nomination for Teen Choice Awards in the category Best Drama Movie Actress.

She was raised along with her sister in Subiaco, Perth.

Josephine explored her love for acting ever since childhood. She chased her dreams and began acting even before her sister.

Before gaining fame on the big screen, she has acted in short films like ‘Sex Ed’ and ‘Gypsy Blood’.

It appears that there are some disputes between the sisters as they don’t follow each other on Instagram.

American actress Julia Goldani Telles was supposed to play the role of Tessa Young in the movie ‘After,’ who walked out of the project due to her scheduling conflicts. The role was later offered to Josephine who originally auditioned for a different role.

The movie ‘After’ was her highest-grossing movie to date. The movie has grossed around US$68 million worldwide against a production budget of only US$14.