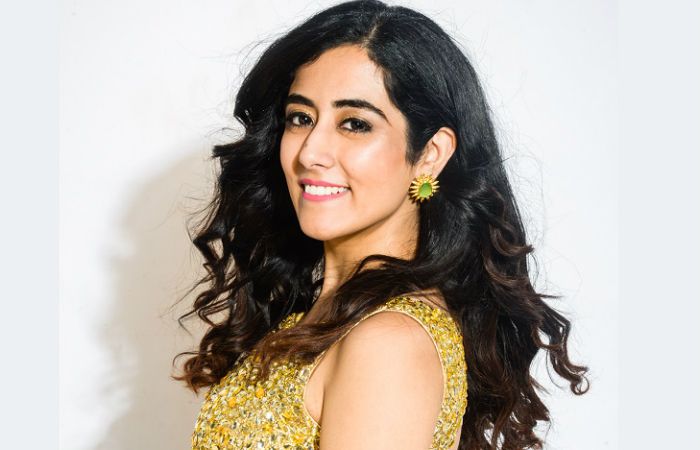 Who is Jonita Gandhi?

Jonita Gandhi is an Indian-born Canadian playback singer best known for her contributions to regional cinemas like Hindi, Tamil, Bengali, Telugu, Gujarati, Marathi and Kannada. In addition to film songs, she has also sung in English, French, German, and Italian.

Very little is known when it comes to Jonita’s family and childhood. She is the daughter of Deepak Gandhi, an engineer, and a musician. Although she was born in India, she moved to Canada with the family when she was a child. She has a brother named Mandeep Gandhi.

After her schooling, she attended Richard Ivery School of Business at the University of Western Ontario from where she graduated in Bachelor of Health Sciences (BHSc) and Honors Business Administration (HBA). She also took an internship at CIBC World Markets while still in college.

Now, this is the topic that most of you are probably looking forward to. Jonita Gandhi has no visible relationship ties with anyone, at least, we know of, or she may be good at handling it better than her peers in the industry.

Jonita made her singing debut with the 2013 Bollywood film Chennai Express with the title song ‘Chennai Express’. She has sung over 150 film songs and is currently most sought-after artist in the Indian film industry.

She performed live on TV for Priyanka Chopra‘s Our Girls Our Pride telethon that aired on NDTV. She has made several media performances by appearing in TV shows including  with her band on Kappa TV’s Music Mojo, and her performance on MTV Coke Studio.

During her teenage, she posted cover videos on YouTube in collaboration with Aakash Gandhi that were very popular among the internet community. She has sung covers of songs Someone Like You, Pani Da Rang, Tujhko Jo Paaya, Tum Hi Ho, Suhaani Raat, Yeh Honsla, and many others.

Born in India, Jonita moved to Toronoto when she was 7 years old. She was raised in Toronto and Brampton.

Growing up listening to music, she got interested in music as her father is a professional musician with whom she used to perform various gigs on shows in Toronto locals.

Jonita is referred as Toronto’s Nightingale by the locals.

During her teenage, she won several competitions including NATS at York University, 2011 Asian Idol at University of Western Ontario, Sonu Nigam’s contest for English-language tribute to Michael Jackson, and Kailash Kher’s concert in Toronto that boosted confidence in her to take music as her career.

Jonita has been a lead female singer of world concerts led by singer Sonu Nigam, Amit Trivedi, Salim–Sulaiman and AR Rahman. She travelled across different countries like the United States, the UK, Russia and performed with them.