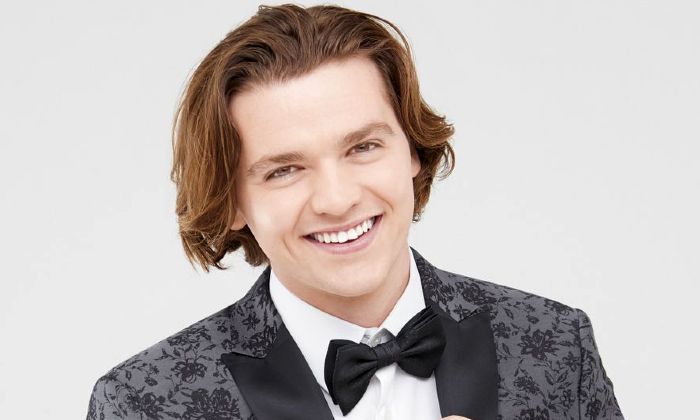 Joel Courtney is an American actor probably best known for his portrayal of Peter Moore on The CW’s series The Messengers, which is considered his major acting gig so far in her career. He has also had notable roles in films such as Super 8, Tom Sawyer & Huckleberry Finn, Dear Eleanor, The River Thief, and The Kissing Booth, apart from guest roles in popular series like Agents of S.H.I.E.L.D., APB, and Double Dare.

Joel Courtney was born on the 31st of January 1996, in Monterey, California, United States of America. He is currently 26 years old.

Joel is the son of Carla and Dale Courtney. He has three older siblings, two brothers, Caleb and Josh, and one sister, Chantelle.

He grew up in Moscow, Idaho as the family moved there after his father’s retirement from the US Navy when he was just five years old. Joel completed his schooling there and was also interested in acting from an early age.

Right from that time, he began his journey into the entertainment industry and also appeared in school plays besides taking small trips to Los Angeles along with his father during school summer beaks to visit his older brother Caleb who was endeavoring to become an actor.

Following the footsteps of his brother, he decided to audition for television commercials in the hopes of making some money. It was during this time, his brother’s acting coach suggested that Joel audition for J.J. Abrams’s science fiction thriller film, Super 8. He won the role and the rest is history.

Joel got engaged to his longtime girlfriend, Mia Scholink, in February 2020. They were married on September 27, 2020.

He dated fellow actress Katherine McNamara from 2011 to 2015 and Isabelle Fuhrman in the past.

Joel landed his first acting role of Joe Lamb in J.J. Abrams’ science fiction thriller film, Super 8, at the age of 14. Produced by Steven Spielberg, the film stars Elle Fanning, Kyle Chandler, and Gabriel Basso, among many others.

Following his big-screen debut, Joel made his television debut the same year, guest-starring in an episode of the horror series The Haunting Hour: The Series. On the heels of the success of Super 8, Joel starred in a number of movies including Sins of Our Youth, Mercy, and Tom Sawyer & Huckleberry Finn, before gaining the role of Peter Moore in the CW mystery drama series The Messengers.

Joel was nominated for many prestigious awards for his role in the movie Super 8, including Teen Choice Award, the Young Artist Award, the BAM Award, and the Coming of Age Award and won the Saturn Award for the Best Performance by a Young Actor in 2012.

Has is a competitive swimmer.

As of 2023, the net worth of Joel Courtney is estimated to be around $1 million, which he earned through his accomplishments in the world of acting. With his acting career gaining momentum, we can surely say that his bank balance would see a staggering increase in the upcoming years.