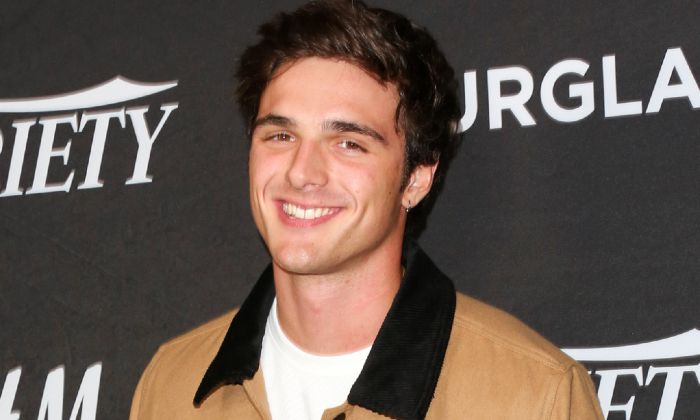 Jacob Elordi is an Australian actor and model who is perhaps best known for portraying his role as Noah Flynn in the 2018 Netflix original movie The Kissing Booth alongside Joey King, and Joel Courtney. Having begun his acting career in his late teens, Jacob has garnered much attention for himself at such a young age.

He became a household name in the United States with his portrayal of Nate Jacobs in the HBO television series Euphoria. He has appeared in films like The Mortuary Collection and Swinging Safari. In 2019, he played Lucas Jackson in the television series The Bend.

Jacob Elordi is the son of John and Melissa Elordi. He grew up in his hometown of Brisbane alongside his two sisters, Isabella and Jalynn. He is of Spanish descent.

He developed an interest in acting at a young age and exhibited his love for the craft by appearing in school productions.

Jacob Elordi is currently dating actress Zendaya Coleman, who also happens to be his Euphoria co-star. The couple started dating in 2019 and has since been spotted several times hanging out together. The two recently celebrated her birthday in Greece.

He was previously in a relationship with fellow actress Joey King from 2017 to 2018. They both starred in the 2018 romantic comedy film, The Kissing Booth.

Growing up watching the films of Hugh Jackman and Nicole Kidman, both are Australian actors who had already made a huge mark in Hollywood, Jacob took an interest in acting from a young age.

His first acting role was with the musical Seussical, where he played the character of Cat in the Hat. This appearance came during his college days. He began giving auditions while still in college and landed the role of Liam in the short film, Carpe Liam.

After appearing in a slew of short films, he won a small part in Johnny Depp-starred fantasy film, Pirates of the Caribbean: Dead Men Tell No Tales. Unfortunately, his portion didn’t make it to final cut but he learned a lot of acting nuances from fellow actors on the set that would actually help to improve his acting skills.

Just like many other non-American actors, Jacob moved to the United States from Australia and settled in Los Angeles. During this time, he ended up for an audition for the lead role in the 2018 Netflix romantic comedy film, The Kissing Booth. He eventually won the role and played Noah Flynn alongside Joey king, his love interest in the film. The film, which was released by Netflix on May 11, 2018, turned out to be a huge hit, which would make him famous in Hollywood.

On the heels of the success of the film, his popularity soared up both online and offline, eventually earning him a fan base of over 6 million followers on Instagram.

The year 2019 turned out to be another great year for him, which secured major roles, including Nate Jacobs in the HBO television series, Euphoria, and Jake in the horror anthology film, The Mortuary Collection.

The Kissing Booth star has accumulated a net worth of $1 million as of 2023. He’s certainly on the rise and worked vary hard to forge a name in Hollywood. With a handful of big projects under his belt, his future appears bright but still has a long way to go to before making the A-list in Hollywood.