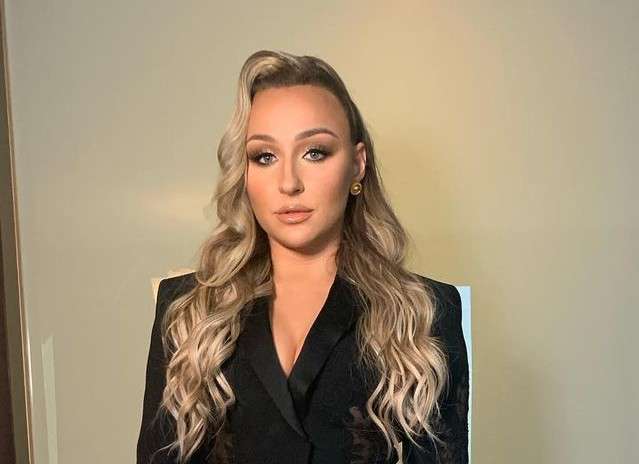 On Twitch, she streams her Halo gameplay under her online alias jghosty to her 500 thousand followers. Goch has over 1.2 million Instagram followers, making her one of the most followed gamers.

Goch will turn 29 years old this July. She is born under the zodiac sign Cancer and find out which famous people were born under this sign. She holds American nationality and her ethnicity is white caucasian.

Goch attended Wausau West High School and then enrolled in the University of Wisconsin-Whitewater. In 2014, she graduated with a B.A. degree in interpersonal communication and human resource management.

The love story of Jessica Goch and Tyler Blevins is perhaps one of the most exciting love stories you would have heard. It was during her freshman year at the University of Wisconsin, she met Belvins at the Focus Fire gaming tournament in La Crosse, Wisconsin and they became friends on Facebook.

They both were in a relationship at the time, but apparently, Goch and Belvins broke up with their loved ones. By that time, they became very close with each other and were going out together. Not long after they got into a serious relationship, they got engaged and married a few months later on August 8, 2017, at Lehmann Mansion in Lake Villa, Illinois.

The duo, Goch, and Belvins, are one of the hottest couples you would ever see at gaming tournaments and other sports-related events. As she is also his manager, she would accompany him on his gaming tours.

Jessica Goch is famous for being the wife and manager of the world-famous gamer and streamer Richard Tyler Blevins aka Ninja.

She is also known for her Halo gameplay on Twitch, where she has over a half-million followers.

Goch has a YouTube channel on her own and uploads her gameplay videos in addition to her personal vlogs.

While Jessica makes a lot of money from streams and other online-related activities on her own, she is a proud wife of Ninja, one of the richest games in the world. She is one of the reasons for her husband’s enormous growth and popularity. Ninja himself has a net worth of over $25 million, according to Celebrity Net wroth.

Though Goch’s exact net worth is not known at the moment, there has been a word that her net worth would be around somewhere between $3 to $5 million.

Growing up, she played video games like Sonic, Super Mario and Pokemon.

After college, she took on various jobs before pursing gaming her full-time career.

She is a huge fan of Green Bay Packers, a football team based in Green Bay, Wisconsin.

Goch and Belvins live a hippy life in Chicago, Illinois.