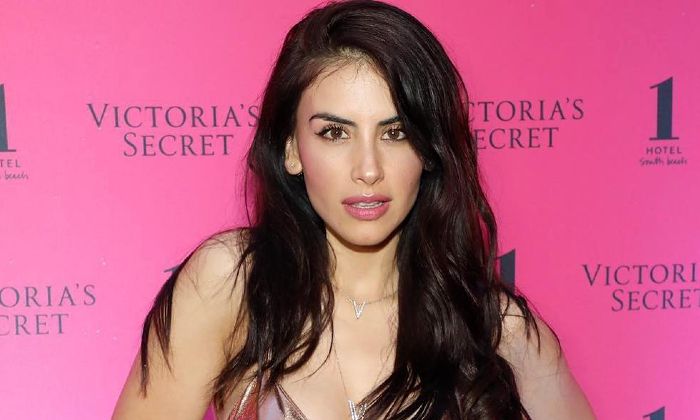 Jessica Cediel is a Colombian model, actress, and television presenter probably best known for TV shows such as Muy buenos días, Estilo RCN, and Nuestra semana, nuestra tele. She also attracted a lot of popularity with her shows such as Premios Juventud, Sal y Pimienta, and La voz Estados Unidos.

Over the years, she has transformed into a prominent face on small screens that led her to star in telenovelas like Hasta Que la Pata Nos Separe.Historias clasificadas, Los graduados, and Betty en NY. She has a huge presence on Instagram where she has over 8 million followers. As of 2023, Jessica Cediel has a net worth of $1 million.

Jessica Cediel was born to parents Virginia Cediel and Alfonso Cediel in Bogota, Columbia. She was raised along with her two sisters, Melissa and Virginia Cediel.

After completing her school education, she enrolled at the University of La Sabana. She majored in Social Communication and Journalism in 2002.

While she was still in her final year at the university, she took part in various beauty pageants and won Miss Bogota in 2002.

As for her love life, Jessica Cediel is a very private person and prefers to keep her personal life away from the spotlight. Despite her fans always wanting to learn more about her dating life, they would usually end up with disappointment.

She has been recently engaged to Exatlón star Mack Roesch after years of dating, however, they called off their engagement in 2020.

Just like other television personalities, Jessica Cediel started off her career as a model, featuring in several TV commercials and magazines. She has modeled for various fashion brands, mostly women lingerie brands, as her Instagram feed is flooded with pictures of herself acing provocative lingerie outfits.

With time, she started to gain popularity in the entertainment industry. She joined a local television network called City TV in 2002 and spent the next five there serving as an entertainment host for the TV show Bravissimo.

Jessica started working with RCN Television in 2007, and seven years later, she joined Univision, an American Spanish-language television network. There, she worked on various shows as a host, including The Fat Man and the Skinny Woman (El Gordo y la Franca), Youth Awards (Premios Juventud) and Salt and pepper (Sal y Pimienta).

Speaking off, the exact figures of her net worth is, however, still yet to be revealed. The Colombian beauty has been in the showbiz for nearly two decades, enjoying a successful career. Be it modeling, acting or presenting TV shows, she is on the rise and proved her prowess. That combined with her recent accomplishments is said to have left her with a net worth of more than $1 million.

Jessica Cediel has already proved that people with dreams and passion can accomplish amazing things. Her career is a testimonial to it. Jessica has a pretty impressive social media resume. She has over 8 million followers on Instagram, apparently her most followed social media platform. Her other social media pages include Facebook and Twitter, where she has 4 million and 5 million followers, respectively.

She was awarded TVyNovelas Award for Best Entertainment Host for Our week, Our TV show in 2012.